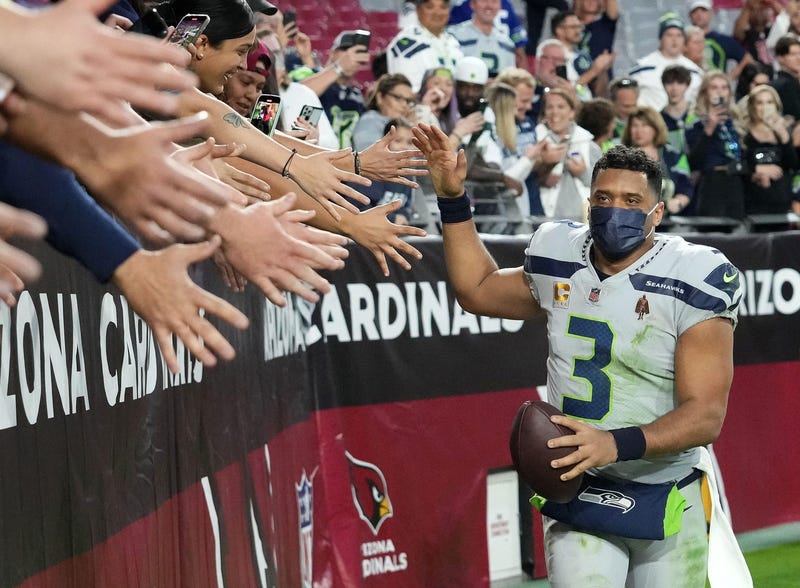 Ayo 12s!
It's that sad time of the year where we bid our Seahawks goodbye for another 8 months, until we meet again. Despite having been counted out of the playoffs decently early leading up to the end of the season, the boys put on a fun display of football the past couple of weeks, which should inspire a little bit of confidence as to what's to come next season, after we let those shoulders drop from wanting to have extended this season a little further. It just wasn't in the cards for us this season, so there's nothing to do but enjoy what we had and look toward the future.

Speaking of looking toward the future, I think it's important to put it out on the table that the Hawks seem to have let cooler heads prevail, and we'll see the same combination of Pete Carroll and Russell Wilson for another season. Before all the talking heads begin to stir the pot of "Russ isn't happy and wants to leave" "Seahawks want to walk away from Carroll", it would appear that there's no intention of anybody leaving the city....should they all be speaking truth

Rashaad Penny: “I feel this is the start of my journey. It’s been a long time coming.”

Says he appreciates the Seahawks for “keep pushing me” through his four years of six injuries.

His contract has ended. He wants a new Seahawks deal. He’s earned one this last, breakout month. pic.twitter.com/TVLZYss2G4

And finally, it looks like the Seahawks themselves also plan on keeping things looking rather familiar in the locker room come the offseason.

Pete Carroll says on @710ESPNSeattle that while the #Seahawks have a lot of cap space, it might not mean a crazy FA spending spree because they first want to re-sign a bunch of their own pending free agents.

So, the only one that looks muddy in this situation is possibly Carroll. But in the end, the Seahawks have been a good organization when it comes to keeping things close to the chest. Trades, acquisitions, releases all seem to be a surprise to everyone until they happen. For my money's worth, I'm just going to call the rumors what they are, rumors. We'll see what kind of team we're dealing with come September. Now we look forward to the Combine and the Draft in a couple months. For now, enjoy some good offseason football. We'll see y'all in the post-season! With that...Mike Hawk is OUT!