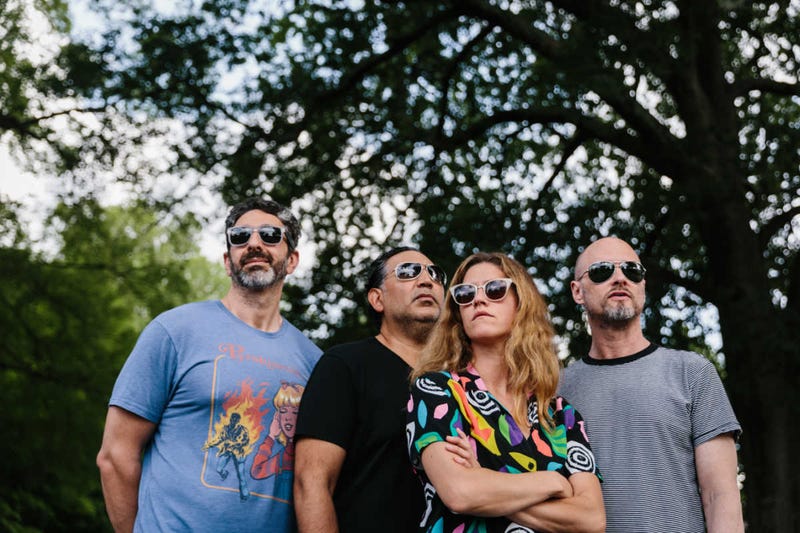 BAND BIO:
﻿The Jaws of Brooklyn formed when Zia Uddin-Drums, Paul Christofferson-Bass, Bryan Cohen-Guitar met singer Lindsay Love in Seattle during the height of the COVID pandemic lock down in August 2020. Together the foursome recorded a series of 60’s flavored Rock n’ Roll and Soul demos in Cohen’s basement. The demos caught the ear of Alabama Shakes keyboardist Ben Tanner.

In May 2021 the band traveled to Florence, Alabama – Sundrop Sound - and cut their debut record with Tanner producing and playing keyboards. The result is a slab of 60’s inspired Rock and Soul with lots of percussion, fuzzed guitars and howling vocals. On July 22nd the Jaws of Brooklyn released their debut album the “Shoals”. Available on all digital platforms or just go to www.jawsofbrooklyn.com

Last thing….promise. The name. They are based in Seattle. They recorded in Florence Alabama. Yet they are called Jaws of Brooklyn?  Before meeting Love four years ago, Uddin, Christofferson, and Cohen ended up mixing a couple of song demos in Brooklyn.
(They eventually reworked the songs for Jaws of Brooklyn). After a fun night of consuming the cannabis plant and romping through Brooklyn, they picked the name – Jaws of Brooklyn.