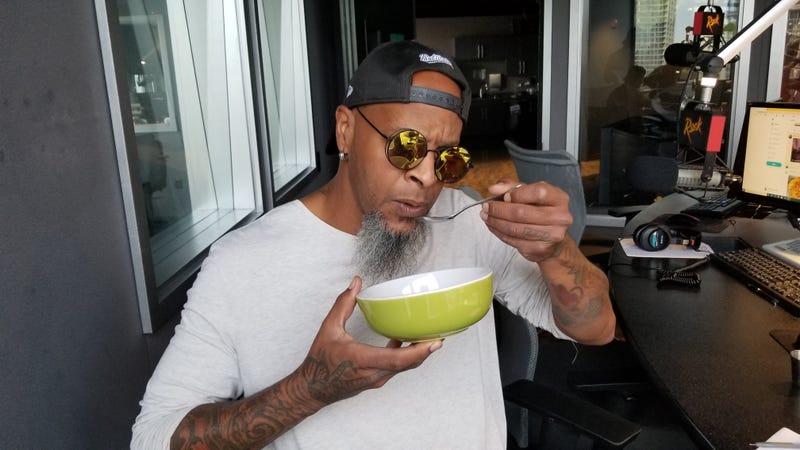 We were talking earlier today... which should come as no surprise being that we do a TALK show... and we were told the story of a guy on a date and her fake eye fell out of her head and landed in her soup.

Naturally, we were amused, but Ted... Ted was disgusted.  Mine you, Ted was not disgusted because an eyeball splashed into a bowl of gumbo, he was disgusted at the notion of someone eating soup on a date.  (???)

He has very strong feelings about this.  VERY strong.  From his point of view, soup is just not sexy.  Not only is not sexy, Ted argues that it's a waste of a date dinner.  These two things are unacceptable.  And it pretty much doesn't matter the soup.  We ran through all different types of soup options to see if any of them would pass muster:  chicken noodle (HARD no), cheddar and broccoli (nope), lobster bisque (maybe... if it's a cup, not a bowl), French onion (no), clam chowder (depends on the weather) pho (no), stew (only at an Irish establishment[???]), beer- cheese soup (maybe... if he can partake as well) and, finally, Gazpacho.  Gazpacho got a pass... because it seems 'fancy'.

So, there was that.  In the meantime, I was still alarmed about the idea of a woman's eyeball falling into a bowl of soup.  Guess that makes me the strange one.

Do what you do best and STAY BEAUTIFUL!"