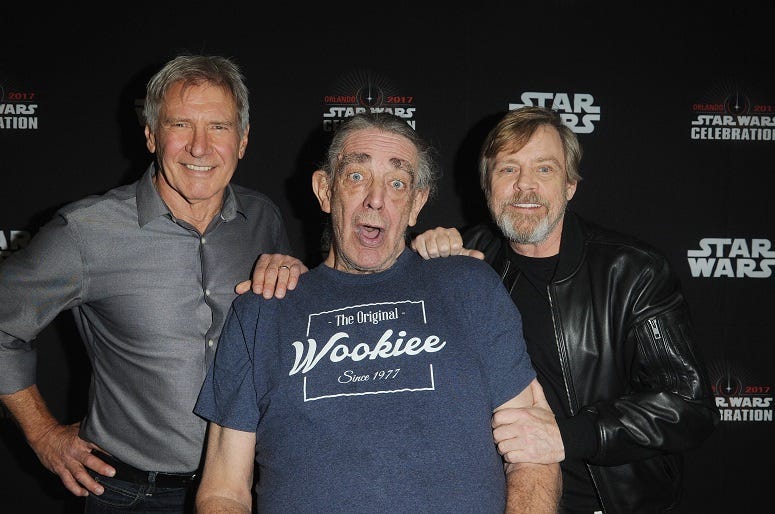 Actor Peter Mayhew, best known in the acting world as "Chewbacca" in Star Wars, was also known as a neighbor, in the small town of Boyd, TX, north of Ft. Worth. Mayhew passed away there at his home on Tuesday at age 74.
NBC 5 reports in 1999, Mayhew, originally from London, married and settled in Boyd.

Sharon Chapman, longtime manager of video, pizza and clothing outlet The Movie Store (in Boyd over 30 years) recalled when she was told of Mayhew meeting someone at her store and their nice chat.

Chapman said different people would share with her their sightings of Mayhew, and at 7 foot tall, he was impossible to miss.

One Boyd resident said Mayhew was "the one who'd always make you laugh."

Peter was scheduled as a special guest this weekend at Fan Expo Dallas at Kay Bailey Hutchison Convention Center Dallas.

Deepest condolences to Peter's family, his Star Wars family, his friends, his millions of fans around the world, and his neighbors in the City of Boyd.

Click HERE to see/hear what some in Boyd have to say about Peter Mayhew.