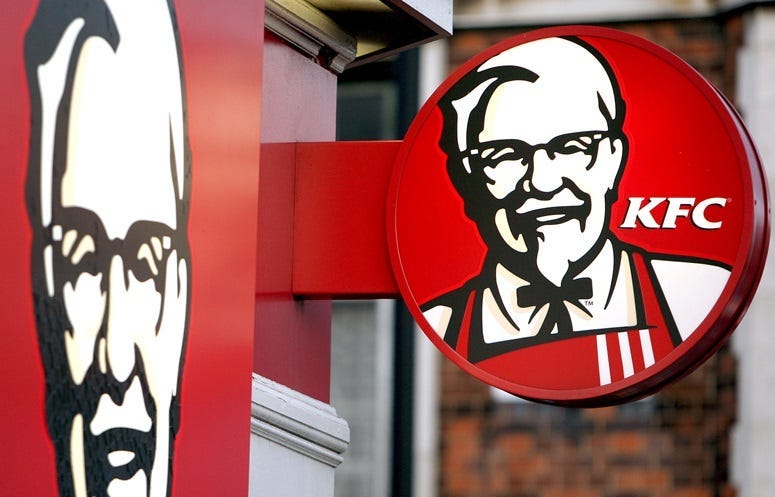 I love KFC, but prefer not being hit in the face with it... lol!

The Smoking Gun reports while at a KFC drive-thru in Jacksonville, FL, Ronald Jenkins noticed employee Shade Simmons was not wearing a hairnet or gloves when preparing his order and became "verbally upset."

Jenkins and Simmons exchanged words, which Jenkins recorded on his phone, according to a report by investigators.

Simmons opened the drive-thru window and allegedly "tossed the food at Jenkins striking him in the face."

A Jacksonville Sheriff's Office deputy questioned Simmons about the incident and she said Jenkins was "very rude", he "snatched the food away from her", and she let go of the bag and "observed the food landing in Jenkins' lap."

Simmons was arrested for battery and Jenkins claims a tooth was damaged and his glasses were knocked off when she allegedly hit him with his order.

Simmons is free on a $5,000 bond, scheduled for arraignment on the 29th, cannot have contact with Jenkins, and has previous convictions for fighting, theft and trespass.

"Florida: The Second Chance State"... make a mistake, move to Florida! Chances are you'll get a second chance. Live there, and chances are it could come with chicken and biscuits! LOL!