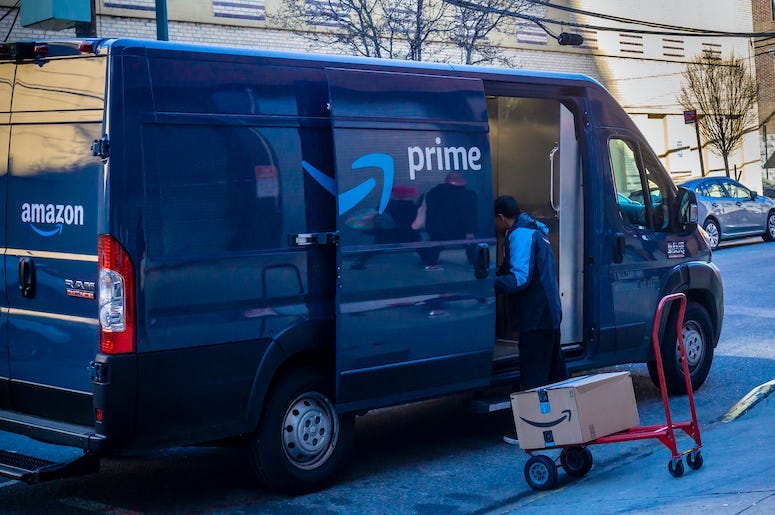 Photo credit (Photo by Richard B. Levine)
By Miles In The Morning, 98.7 KLUV

Amazon delivery driver Derick Lancaster was simply fed up with the long hours and low pay.

The 22-year-old not only quit his job in the middle of his shift, he ABANDONED his truck, along with all of the packages inside, along his route.

I quit amazon fuck that driving shit i left the van on 12 mile and Southfield y’all can have that bitch and it’s full of gas wit the keys in the IGNITION .

12 mile and Southfield . At a marathon come get this bitch I’m waiting on my Lyft driver to pull up https://t.co/FlKxBfYDPt pic.twitter.com/OPawJ6Unfk

In hindsight, Lancaster regrets how he quit his job.  He told WXYZ-TV, "It was immature and irresponsible on my end. At the same time enough is enough."

He said he would often deliver more than 100 packages over the course of a 12-hour shift for about $15.50 an hour, and was constantly under pressure to deliver packages faster.  The last straw was when he was forced to miss his sister's birthday.  "She was real upset with me.  There is no set schedule.”