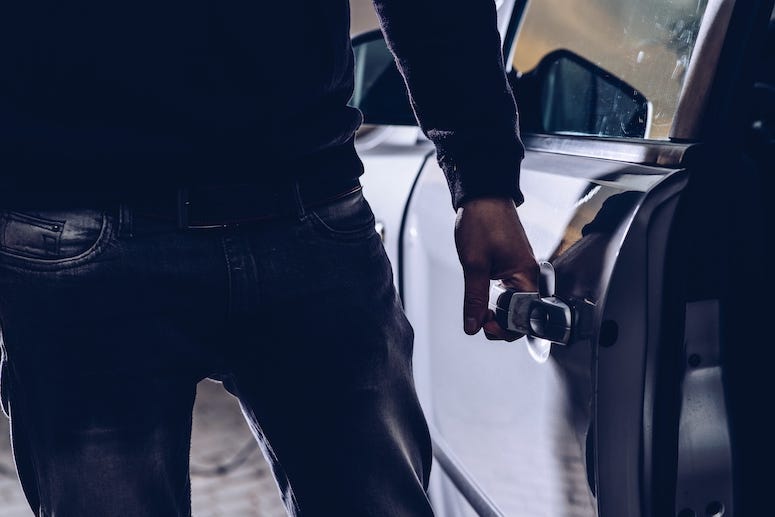 This definitely is in the running for worst first date of all time.

Eric Taylor of Pensacola, Florida matched on Tinder with a lovely young woman, and they decided to meet for a night on the town.  However, the two appeared to have very different ideas on how the night would go.

Rather than dinner and drinks, Taylor wound up stealing his date's Audi Q3, and took off.  Unfortunarely for him, police in Trussville, Alabama were alerted to his location through a a Flock Safety alert, which notified the authorities he was driving in the stolen vehicle.  He was apprehended shortly thereafter.

Trussville police said about Taylor’s alleged crime and arrest, "Rather than simply swiping left, he decided to meet the young woman for a night out on the town before taking off in her vehicle."

He was booked into Jefferson County Jail on bonds totaling $110,000, and faces charges of first-degree receiving stolen property, and illegal possession of a credit/debit card.