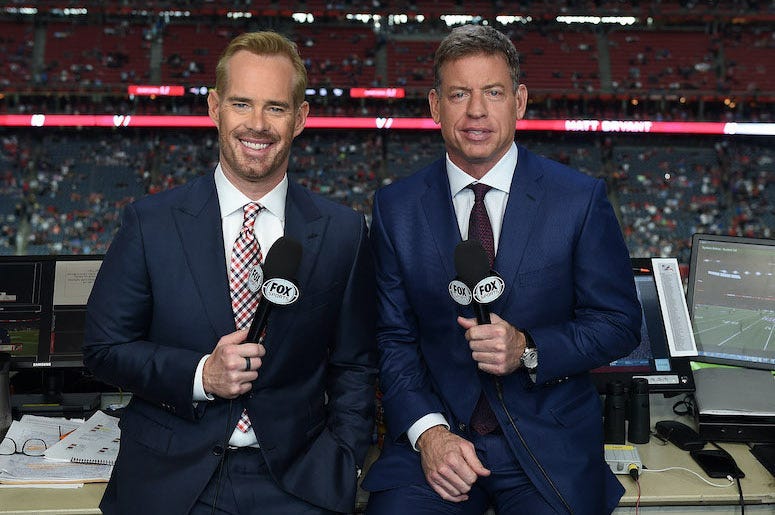 Photo credit (Photo by Frank Micelotta/FOX/PictureGroup)
By Miles In The Morning, 98.7 KLUV

Fox's #1 football broadcasting team Joe Buck and Troy Aikman were already in the booth, and a hot microphone caught the pair slamming the idea of having a jet flyover before the game when due to the ongoing pandemic, stadiums are near empty of fans.

Aikman: “That’s a lot of jet fuel just to do a little flyover.”
Buck: “That’s your hard-earned money and your tax dollars at work.”
Aikman: “That stuff ain’t happening with [a> Kamala-Biden ticket, I’ll tell you that right now partner.”

Even Joe Buck and Troy Aikman find pregame flyovers to be a little much these days: https://t.co/0IZL6GhmZy pic.twitter.com/G4EpB3SYtN

It is unclear how much each flyover actually costs, but according to the Washington Post, it could cost at least $60,000 per hour