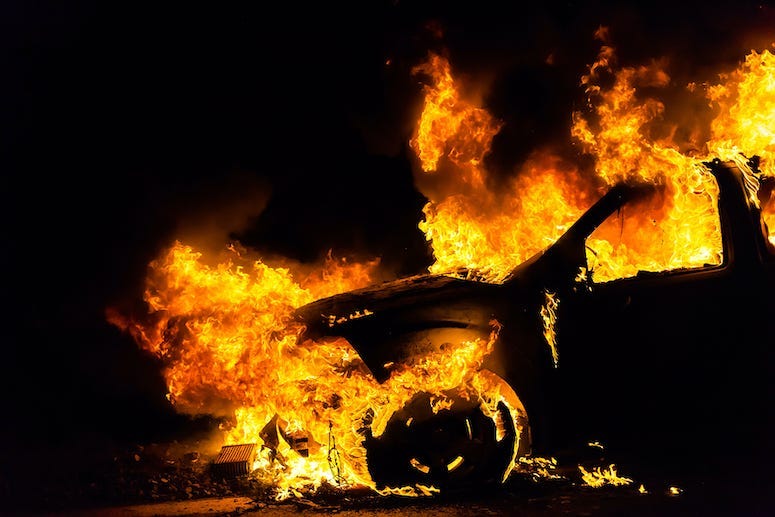 Michael Bumpers was filling up his car this past July when he asked a stranger if he had a car jack he could use.

The stranger told Bumpers "no," and for some reason that didn't sit right with the Charlotte, North Carolina man, who grew upset that he couldn't find the help he required.

So, in an act of revenge, Bumpers set the stranger's on fire.  Detective Adrian Johnson with CrimeStoppers said, "There was no altercation. All the victim stated to the suspect was that he didn’t’ have a carjack. It’s unknown why the suspect committed the act that he did."

Police are still trying to locate Bumpers, and have offered a cash reward for any information leading to his arrest.