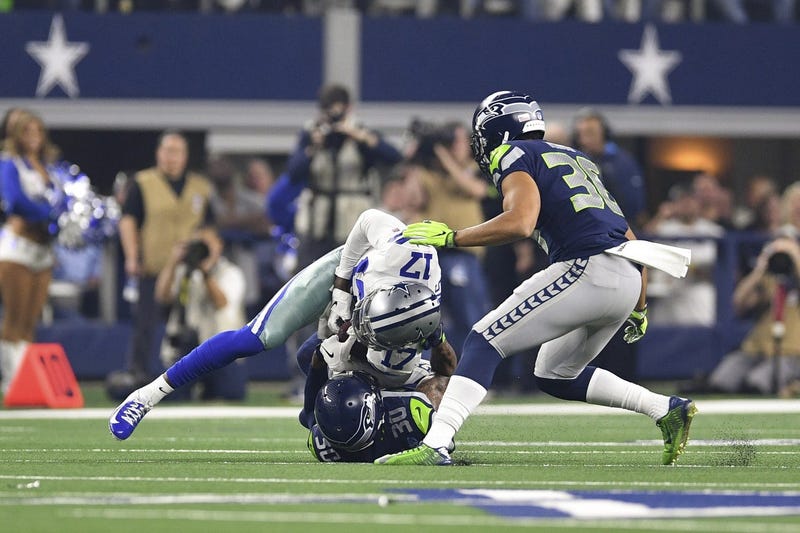 There's good news and bad news when it comes to your Dallas Cowboys. Let's start with the good...we beat the Seattle Seahawks in the first round of the playoffs!!! Now on to the bad news...our wide receiver Allen Hurns is out for the rest of the season after an horrific injury.

Now if you were watching on Saturday night, you already saw what happened. Hurns' leg got rolled up on, which broke his femur and dislocated his ankle. Long story short, his entire ankle was turned in the wrong direction. You can watch that terrible injury HERE.

Immediately after Hurns was hauled off the field and assessed, he went in for surgery. Of course, he has a long recovery ahead. However, there is one fan who is, no doubt, lifting his spirits. Meet Luke! One of the Dallas Cowboys' youngest fans. After seeing Hurns' injury, he couldn't sleep. So, he wrote Hurns a letter.

"Dear Allen Hurns #17,
I saw the Cowboys Seahawks game last night. I saw you get hurt. I hope you are okay. Don't worry you have the best doctors in the world. I prayed for you 4 times. You will get way better shortly.
From Luke Meswain #bestfan"

My friend’s son Luke was incredibly distraught after seeing @A1hurns injury last night. She said he couldn’t sleep and wrote him this letter. 😢 pic.twitter.com/KJTdA0wbNF

Wow! That is so sweet! Get well soon Hurns!