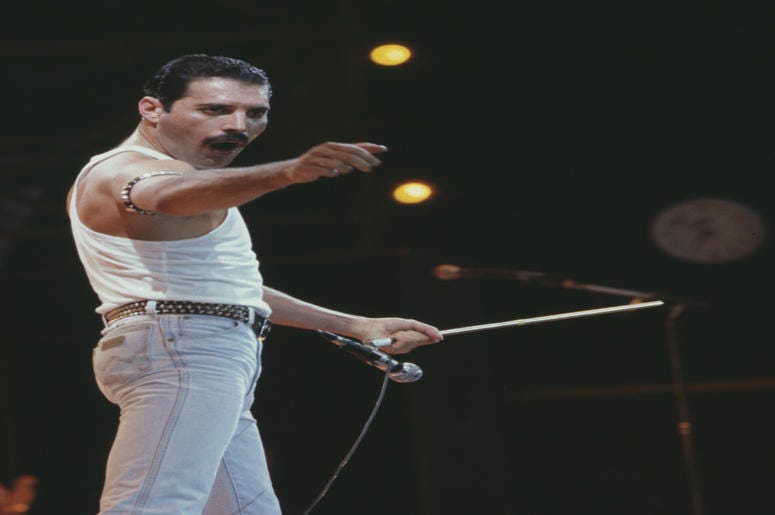 With the success of the movie, ‘Bohemian Rhapsody,’ Queen is back to being one of the biggest bands in the world. It seems everything is going right for the band, and now they are being given another honor, thanks to science. While the accolades received from the movie are nice, the band surely appreciates their music being the one to make news. Well now, thanks to scientific research, Queen’s song, ‘Don’t Stop Me Now’ has been named the most uplifting song of all time.

REPORT: @QueenWillRock's 'Don't Stop Me Now' is the world's most uplifting song: https://t.co/hgd1JicLYI

The scientific research team used a formula to come up with the top ten most uplifting songs of all time. Dr. Jacob Jolij came up with the formula which factors in beats per minute, the scale at which the song was written, and the number of chords used. According to Dr. Jolij, “A feel good song is very personal. Music is intimately linked with memory and emotion, and these associations strongly determine whether a song will put you in a good mood or not.”

The formula reads, “Rating = 60 + (0.00165 * BPM – 120)^2 + (4.376 * Major) + 0.78 * nChords – (Major * nChords).” By using science to determine the most feel good song in history, the research team hoped to try and remove subjectivity from the outcome. Dr. Jolij said, “there are some key criteria for composers to consider when creating feel good songs - namely lyrical theme, musical key and tempo. Holiday-themed lyrics naturally remind us of happy times, while a major third musical key sounds happy to our ears and something we associate with confidence.”

While Queen’s, ‘Don’t Stop Me Now’ took the top spot, a number of other well-known hits rounded out the top ten. Queen’s song was followed by, ABBA’s ‘Dancing Queen,’ and then ‘Good Vibrations’ by the Beach Boys. The rest of the top 10 included Billy Joel’s ‘Uptown Girl,’ ‘Eye of the Tiger,’ Bon Jovi’s ‘Livin’ on a Prayer’ and Gloria Gaynor’s ‘I Will Survive.’ Fans were excited about the scientific list, with one person tweeting, “Scientifically proven, the most uplifting song of all time! Opinions be damned because science!”

Just for that, I'm gonna play it today. https://t.co/a6ISJ7gDeZ

Mom and Dad, I'd be a scientist today if you had told me about this kind of research. #ParentingFail

Scientifically proven, the most uplifting song of all time! Opinions be damned because science!

While the movie’s reception has probably been fun for the band, the remaining members of Queen are most likely happier to here science call their song the most uplifting of all time. While music is subjective, this list cannot be argued. Sure, you may not agree, but did you come up with a formula to determine a song’s ability to uplift?