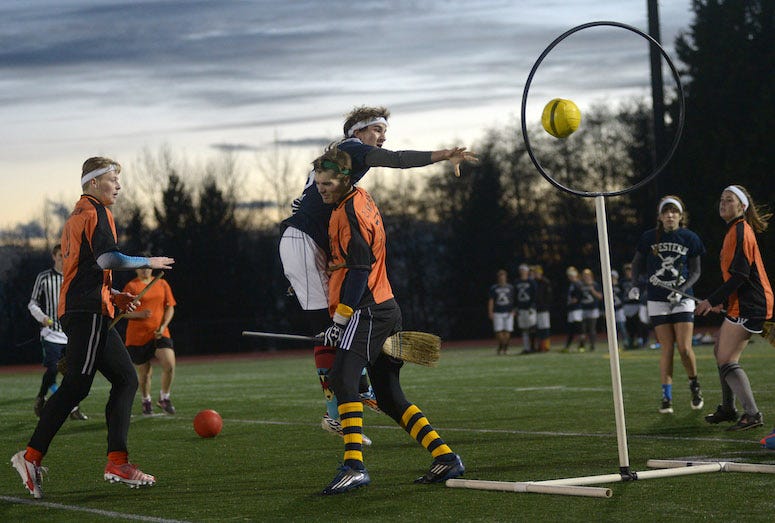 Recently, we've seen the addition of skateboarding to the Summer Olympics, which has a lot of folks clamoring for other sports to be added to the summer games.

A small contingent of Americans, 2% in fact according to YouGov, believe that Quidditch, the sport from Harry Potter needs to be added to the Summer Olympics!

Now you may be wondering, how are you supposed to make the brooms fly?

Well believe it or not, actual Quidditch leagues have formed around the world, where players are required to hold brooms as they run around the field playing a modified version of the game!

The sport Americans surveyed believe should added to the Olympics the most is lacrosse (12%), followed by bowling (11%), American football (9%), with dodgeball, roller skating, and waterskiing all tied at 8%.

Other sports that got voted include sumo wrestling, tug-of-war, and bridge.