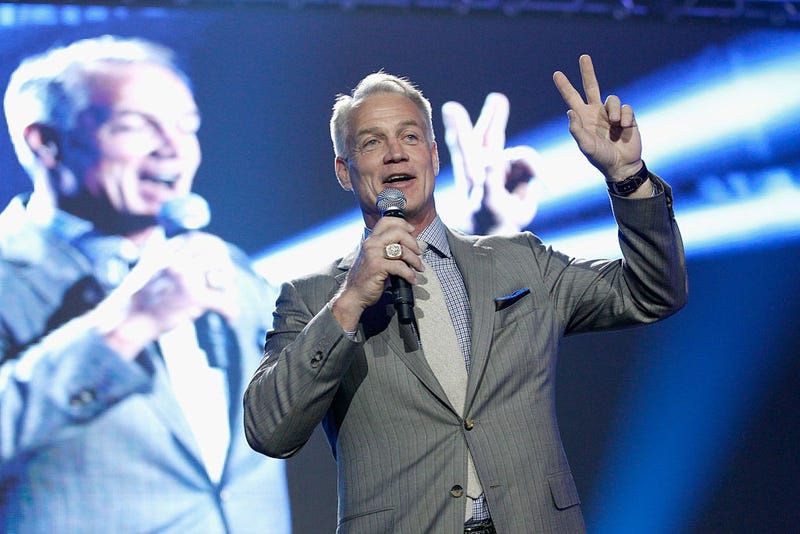 During Sunday's Cowboys vs. 49ers game, Daryl Johnston was live-streaming along with other past and present players. The three-time champion told a funny story about catching a stowaway on the way to the big game.

Moose explained that the players and staff were on a team bus headed to the stadium, and they noticed a random guy. A few people quietly asked who he was, but no one knew. So they assumed he was a family member or friend of someone affiliated with America's Team.

The crew arrived at the arena and made their way to the locker room. The stranger was still roaming around. Finally, equipment manager Mike McCord approached the unknown fellow to find out his identity.

According to the Fox broadcaster, the rando excitedly replied: "Man, I'm a fan! I got on the bus at the hotel and just rode over with the guys, and I'm in the locker room right now!"

I'm guessing the stray supporter is also still telling that story to this day.