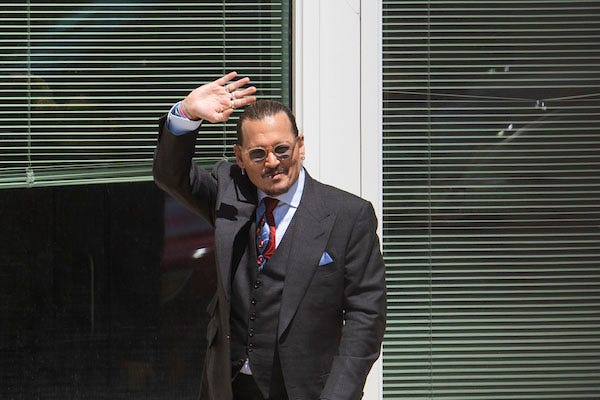 Johnny Depp waves to fans outside of the Fairfax County Courthouse during the defamation case brought by Depp against his ex-wife Amber Heard Photo credit CNP
By Miles in the Morning, Jeff Miles, Rebekah Black, and Alex Luckey, 98.7 KLUV

The trial of Johnny Depp and Amber Heard has been dominating the headlines.  Are you Team Johnny or Team Amber?

Well a large group of Team Johnny fans have been flooding the page of Virginia-based psychiatrist Dr. David R. Spiegel with negative reviews, after he testified in court on behalf of Amber Heard.

Per Yahoo, Dr. Spiegel testified that Depp "has behaviors that are consistent with someone that both has substance-use disorder as well as behaviors of someone who is a perpetrator of intimate-partner violence,” and the hordes of Depp fans got deeply offended. 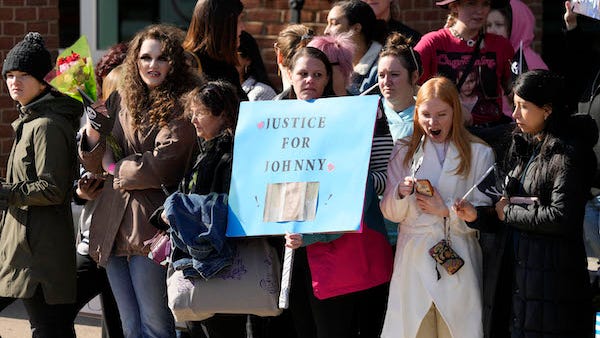 Fans are spending upwards of $30,000 to attend the Johnny Depp vs. Amber Heard trial

Since his testimony, Spiegel’s website WebMD has been flooded with negative reviews.

One of the one-star reviews said, “Dr spiegel needs looking into after todays performance! He looks and sounds like he is the one who needs psychiatric help.”  Another person wrote, “Called my boyfriend Johnny a stupid pirate.”

People have been review-bombing the experts called by Amber Heard’s team. This is the psychiatrist who testified today. All in the last 10 minutes pic.twitter.com/c7jOXGEeFY

Google has been vigilant in removing the negative reviews related to the trial from the website, and his WebMD page has garnered some supporters as well.

One review said, “All these one star reviews are not related to patient care.  They are opinions of viewers watching the Johnny Depp trial. Maybe find another place to vent your frustrations."