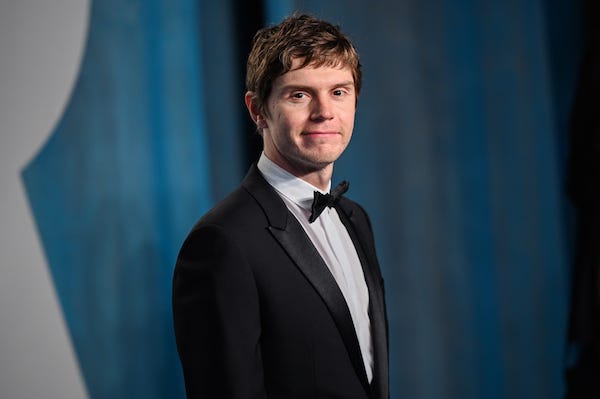 The Netflix series DAHMER – Monster: The Jeffrey Dahmer Story premiered earlier this month with American Horror Story actor Evan Peters portraying the sadistic killer, and as you can imagine, it’s causing some controversy.

A cousin of one of Dahmer’s victims is calling out the show, and creator Ryan Murphy, for “dredging up painful trauma for his family.”

In 1991, 19-year-old Errol Lindsey became Dahmer’s sixth victim, after the latter lured him into his Milwaukee apartment to drink beer.  Dahmer drilled a hole into his skull before pouring acid into it and decapitating him, according to authorities.

The act was recreated for the series, along with a recreation of Rita Isbells’ (Perry’s cousin and Lindsey’s brother) delivering a victim’s impact statement at Dahmer’s trial.

Immediately upon its release Lindsey’s cousin Eric Perry took to Twitter to slam the show.

I’m not telling anyone what to watch, I know true crime media is huge rn, but if you’re actually curious about the victims, my family (the Isbell’s) are pissed about this show. It’s retraumatizing over and over again, and for what? How many movies/shows/documentaries do we need? https://t.co/CRQjXWAvjx

Isbell also told Insider that Netflix did not consult or pay her for the reenactment of her emotional courtroom outburst — which led to her being pulled off the stand by court officers.

“When I saw some of the show, it bothered me, especially when I saw myself — when I saw my name come across the screen and this lady saying verbatim exactly what I said,” she said.

My brother was murdered by Jeffrey Dahmer. Here's what it was like watching the Netflix show that recreated the emotional statement I gave in court. https://t.co/i9hL2885iu

Isbell also said the show felt “harsh and careless,” in part because none of the impacted family members were involved or shared in its profits, but it has brought upon one “benefit” Isbell in a way.

She said, “Errol’s always going to be alive in my spirit. And then his daughter. I have to keep him alive so I can talk about him to her.”