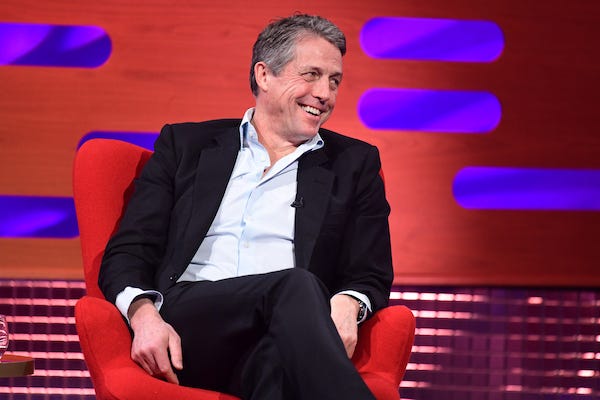 Love Actually is required Christmas-viewing for a lot of people, but for one of its stars, one scene in particular brings up horrible memories he’d rather forget.

Hugh Grant recently said on the ABC News special The Laughter & Secrets of Love Actually: 20 Years Later that he very much hated the dance his character performs to The Pointer Sisters’ “Jump (For My Love).”

Grant recalled per UPROXX, “I saw it in the script and I thought, ‘Well, I’ll hate doing that.’  I didn’t fancy doing the dance at all, let alone rehearsing it.”

Writer and director Richard Curtis remembered that Grant “kept saying no” to the scene, and that he was “grumpy” the day it was set to be shot.

He recalled, “I think he was hoping I’d get ill or something and we’d say, ‘Oh, well, what a shame, we’ll have to lose that dancing sequence.’”

Grant eventually subsided to the demands to dance, most particularly to what he called “a contractual guillotine.”

He also pointed out though that he’s not even in rhythm, “especially at the beginning when I wiggle my ass.”