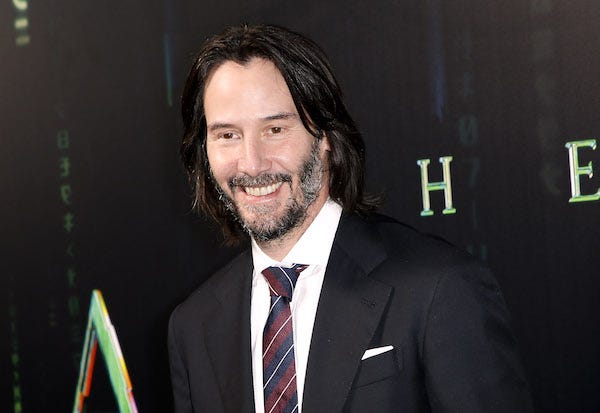 Whenever you hear stories about Keanu Reeves, it's always about how he's one of the most selfless, down-to-earth folks in Hollywood, and is all around just an amazing person.

Well we have another Keanu encounter that solidifies just that.

A guy on Reddit recently posted a story about how his grandmother was a HUGE fan of Keanu's because he "reminded her of my grandfather when he was young."

Well the stars aligned one day, and this man's Uncle actually ran into Keanu. He couldn't pass up the opportunity that was presented to him, and told Keanu just how much of a fan his mother, the original poster's grandmother, was.

So Keanu, being the extraordinarily nice guy that he is, suggested he call the woman for a chat, and then spent several minutes just having a conversation with her, which according to the man "absolutely made her year."

Because we could all use a new wholesome Keanu Reeves story today. pic.twitter.com/4BlQFoBVsM

We defy you to find an absolutely nicer man in Hollywood than Keanu Reeves.