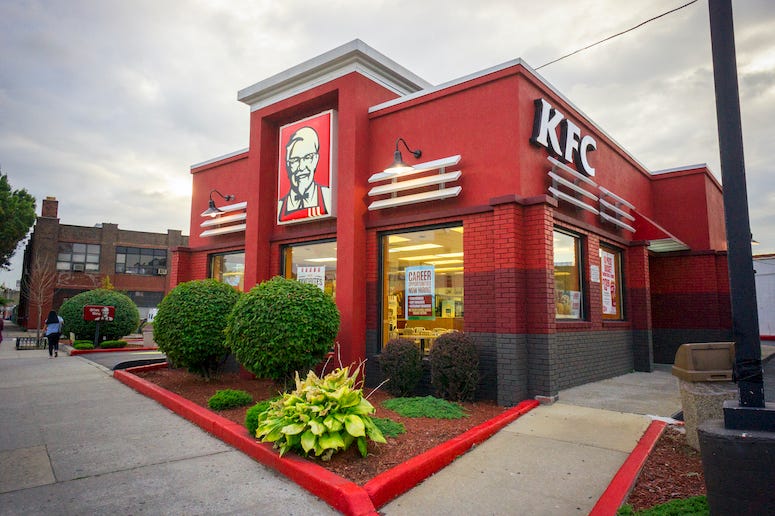 KFC introduced a clean-shaven Colonel Sanders to commemorate the beginning of "Movember," in support of a mustache-growing awareness movement that raises funds for men’s health.

KFC have given Colonel Sanders a clean shave to raise awareness for Movember.

Sanders’ moustache was shaved on day one and will grow out over the next 29 days. pic.twitter.com/FroobY5uho

Colonel Sanders was joined by the Pringles mascot, who also "shaved" his mustache in honor of Movember.

Pringles mascot joins Colonel Sanders in getting a clean shave this month for @MovemberUK pic.twitter.com/JXoyAW07vu

Movember has been an annual tradition since the early 2000s, and was started to help bring awareness to men's health issues, including prostate cancer, testicular cancer, suicide prevention, along with men's overall mental health.