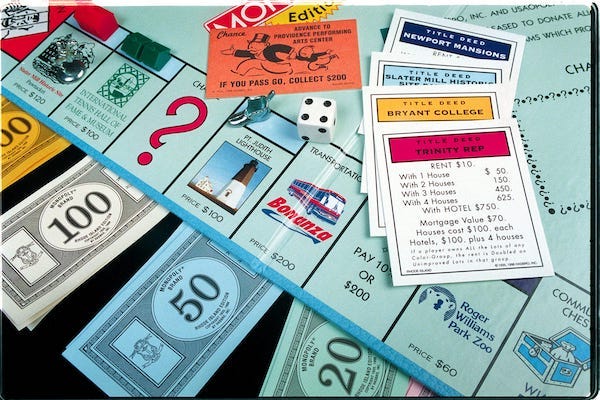 The family members of a man named John Armstrong found out that he just does not like to lose.

According to KTUL News, the family had been playing the board game whilst enjoying a few drinks when an argument broke out between Armstrong and his stepfather.  The pair knocked over the game board and started turning over furniture before they were instructed to take it outside.

During the scuffle, Armstrong got cut in the head, to which he responded by pulling out a gun and chasing his stepfather and sister down the street.  He told the police he only fired one shot “in the ground.”

Officers say John Armstrong got into a physical fight with his stepfather during a family game of Monopoly, ending with him chasing his stepfather and stepsister down the street with a gun. https://t.co/Fkt6FGnOE2

The police did not find a gun, and officers believe Armstrong  hid it in the house before surrendering.  He was arrested and booked into the Tulsa County jail for assault with a deadly weapon.