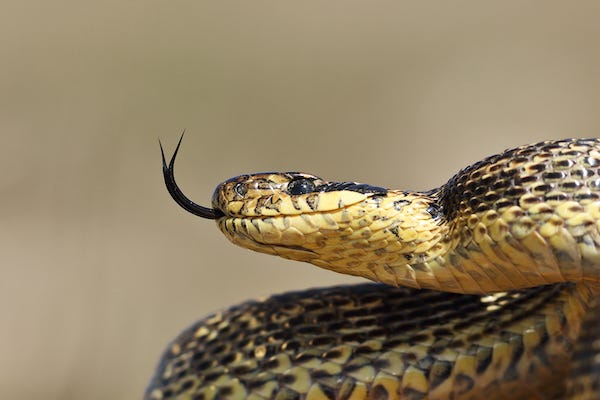 52-year-old Jessie Terry was recently arrested after trying to break into his neighbor's home.

He had a good excuse, though! He told the cops he tried to get into his neighbor's place because a "giant snake" told him to do so.

It isn't clear if Terry or his neighbor actually owns a snake, or where that thought entered his mind at all, though he did tell police he smoked crack less than an hour before the incident.

Cops: Suspect said "big snake" invited him to enter neighbor's home at 2 AM https://t.co/3VQA6xPK8M Yes, crack may have been involved pic.twitter.com/igyJCAH4PP

According to the Smoking Gun, Terry is currently facing charges of disturbing the peace, and unauthorized entry of an inhabited dwelling, which is a felony.