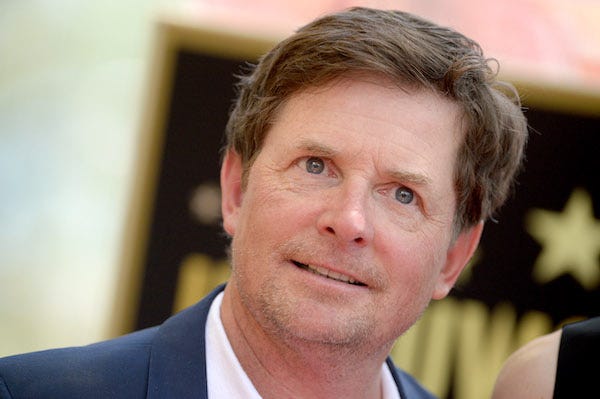 A couple of years after revealing his diagnosis, Fox launched the Michael J. Fox Foundation, and has worked tirelessly to help fund researches and cures for the disease.

The company just celebrated its 20th anniversary where Fox announced that in the past two decades, they've raised over $1.5 BILLION dollars!

Now 60-years-old, Fox understands that a cure may be a little ways off, the foundation has had a direct hand in developing several therapies. He told Variety, "They are therapies that have made life a lot better for a lot of people. I enjoy life more. I’m more comfortable in my skin than I was 20 years ago. I can sit down and be calm. I couldn’t do that 25 years ago. That’s the medications, the drug cocktails and therapies that we’ve been a part of."

When you get to talk to #MichaelJFox. Michale J. Fox, people!https://t.co/QigGr9a1ts via @variety #JustforVariety

Fox hopes that biomarkers will be the next big step in treating and possibly preventing the disease. He says, "If we can find ways to identify the condition before it’s evident, if we could take a piece of hair and find it, then we could treat it prophylactically and then maybe you don’t get it. What I am most proud of his the way we have galvanized this community. We can get stuff done."

I just want to get this done," he says about finding a cure. "I’m committed to this. I won’t stop until it happens."