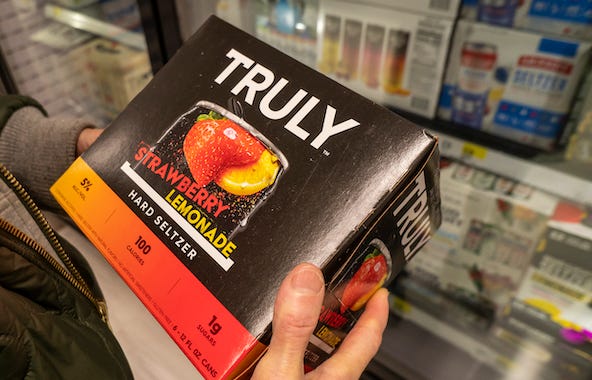 As the world is experiencing shortages of everything from alcohol to aluminum, one company is having the exact opposite problem.

Boston Beer, the company behind the wildly popular hard seltzer drink Truly is having to throw out cases of the drink because the longer they sit on the shelves, they will obviously go stale.

Boston Beer Chairman Jim Koch told CNBC that the company was a little too aggressive over the summer when seltzer's popularity was at an all-time high, and may have shot themselves in the foot.

He said "We were very aggressive about adding capacity, adding inventory, buying raw materials, like cans and flavors, and, frankly, we overbought, and when the growth stopped, we had more of all those things than we were going to be able to use, because there is a shelf life."

As such, Koch admitted to the company tossing "millions of cases" of the drink, which resulted in Boston Beer losing $102.4 million in direct costs related to the hard seltzer slump, as well as $30.6 million in indirect costs.