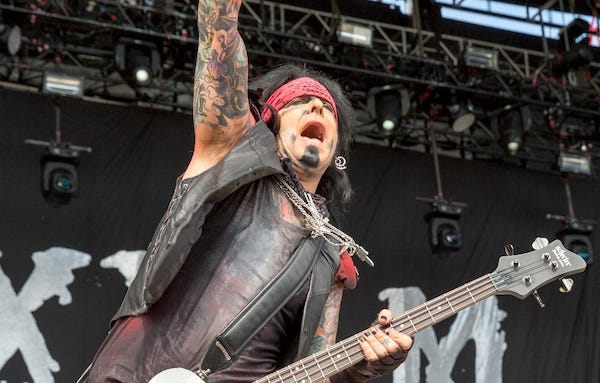 If there is one force of nature you do not want to mess with, it’s the Swifties.

Motley Crue’s Nikki Sixx learned that the hard way when he sent out a tweet criticizing Taylor Swift’s “whining,” and her fans retaliated in full.

Sixx took to Twitter following the fallout of the Taylor Swift and Ticketmaster fiasco, writing: “Is it just me or does Taylor Swift always seems likes she’s whining about something new every-time she’s gonna drop an album?”

It wasn’t long before Sixx received an onslaught from angry Swifties:

Wow!! As a fan of both you and Taylor I am disappointed in you. What a misogynistic, uninformed comment. And yea it’s just you!!!

Whining or standing up for herself? I think all the biggest artist in the concert biz should step up and help fix the problems with Ticketmaster. If live music keeps going this way, fans will start spending their money else where. It’s getting out of hand. Look at the movie biz.

Jealousy is a disease, and you will always be in the back looking at her taking those awards and achieving things you never even dreamed of, making actual change, and managing to stay at the top of the industry for 16 years, while you stay her being Bitter . pic.twitter.com/msDQfEtUGG

Per NME, Swift has yet to respond to Sixx’s tweet.