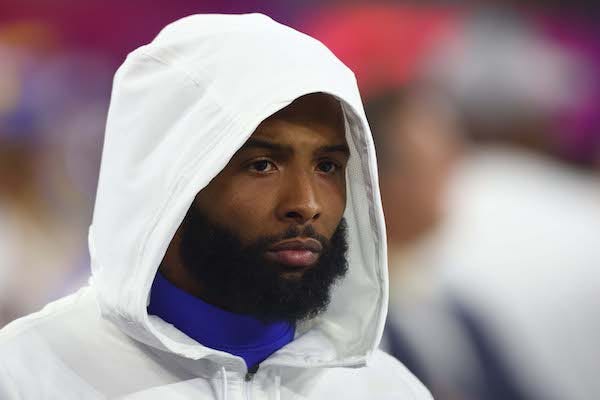 Wide receiver Odell Beckham Jr. could very well be a member of the Dallas Cowboys soon, and if that happens it will already come with some controversy.

OBJ had to be escorted off a flight from Miami to Los Angeles Sunday morning after witnesses noted that the NFL free agent was "coming in and out of consciousness.”

According to FOX News, the flight crew was trying to wake Beckham Jr. so he could fasten his seatbelt before takeoff.  Flight attendants feared that OBJ was "seriously ill," and were concerned that his condition would worsen during the five-hour flight, according to the police.

OBJ sent a series of tweets following the incident, of which he called a “comedy hour,” though he received plenty of responses from disgruntled passengers as well.

Forcing us off the plane because you were unresponsive and unruly is not comedy to the hundreds of folks trying to get home dude. Not cool man. pic.twitter.com/9w6Y2X0sE4

The Miami-Dade Police Department said OBJ was escorted to the non-secure area of the terminal by the officers where he made other arrangements.   The flight re-departed at 10:54 a.m., according to American Airlines.

OBJ’s lawyer Daniel Davillier said that an “overzealous” flight attendant “insisted on removing everyone from the plane instead of simply allowing Mr. Beckham to fasten his seatbelt and proceed with the flight.

"That incident was unnecessary. Sleeping on a plane should not be a cause for removal from a flight. If they could wake him up when the flight returned to the gate, then they could have done the same thing to ask him to put on his seatbelt."

The Cowboys and New York Giants appear to be the frontrunners to land OBJ’s services, though since he was flying out of Miami some might presume the Dolphins are in the hunt for the free agent as well.