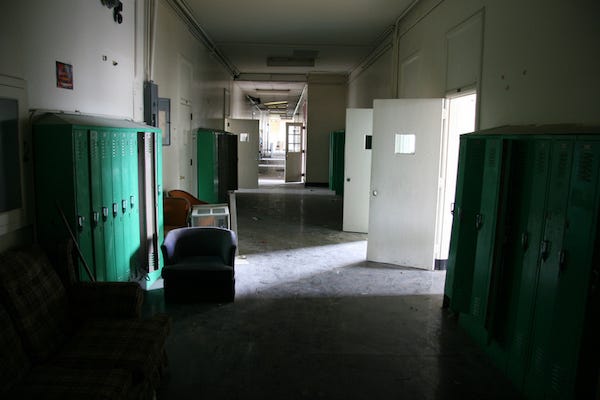 Classes were canceled a day early at Frisco Memorial High School thanks to a senior prank gone very, very wrong.

Officials at Frisco ISD said the original plan was for a small group of students to post a lot of sticky notes all over the campus, but what ended up happening cost the school thousands of dollars in damages.

Teresa Mabrey woke up to videos and pictures showing the damage to the school circulating on social media.

Classes are canceled at Frisco’s Memorial High School today and tomorrow because of a senior prank that caused thousands in damage.

The district is working with police to identify the students involved. They could face possible criminal charges. pic.twitter.com/WrEjDompID

She told FOX 4, “There's quite a bit of damage to the school. The school's going to have to be cleaned completely from top to bottom that has thousands of dollars worth of damages.”

Her daughter Katelynn is a student at the school, but did not participate in the prank.

She said, “It was another level of embarrassment for me because I was expecting just to go to school the next day and sticky notes be everywhere.”

School administrators said in a letter to parents:

A small group of students from Memorial High School was approved to use Post-it notes on the walls to decorate and place messages around the campus as part of their senior prank last night. Staff members were on-site to monitor students, but the situation devolved rapidly, and the Frisco Police and Fire Departments became involved. Students vandalized the campus to a point that classes are not able to be held at MHS for the remainder of the week.

Frisco ISD says its working with the police to find out the identity of the students, who could be facing criminal charges.

Administrators said, “Damage is estimated in the thousands of dollars and includes paint on the walls, destruction of furniture, discharged fire extinguishers throughout campus and more. Every surface on the 300,000 sq. ft. campus must be cleaned, including the walls, ceilings and floors. Frisco ISD will hold the students responsible for costs associated with the clean up.”