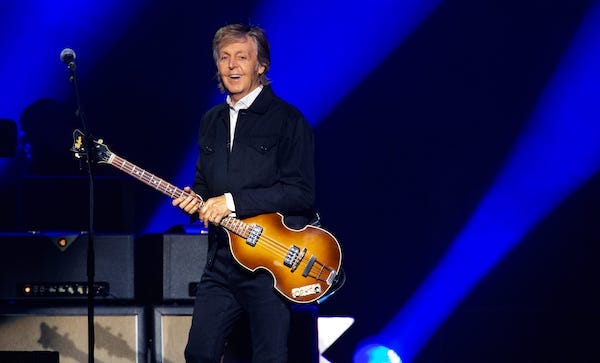 The Disney+ documentary The Beatles: Get Back has provided us an intimate look at the creative process for four of the greatest musical minds of our time.

And as Medium describes the documentary as a "masterclass in facilitation and creative management, it has also provides us a great lesson in productivity and brainstorming.

The ten best lessons to be learned include:

1 - The "yes and" rule
It's the first rule of improv. Instead of "no," say "yes" and try to add something. Don't shoot anything down unless you've got something better.
2 - Keep going (until you stop)
There's a scene where they keep trying to hammer out "Let It Be," But Paul realizes they're burnt out on it, and suggests they move on to something else for a while
3 - Defer judgement
Don't judge the idea, judge the execution
4 - Use rapid prototyping
The group was tasked with writing an absurd amount of songs in a very short time, so Paul proposed a system of rapid prototyping: “We get all the chords. So we can all vamp them all… we play it sh---y ten times, and so it’s sort of in there. Then I think we could… play it quite good.”
5 - Embrace happy accidents
In "All Things Must Pass," George wrote the line “A wind can blow those clouds away” but John misreads his handwriting as a “A mind can blow…” which stuck.
6 - One conversation at a time
The difference between a creative environment and a bunch of people shouting out ideas is the listening.
7 - Don't be scared to be stupid
Stupid ideas may spark good ones! It takes a lot of meandering to find something good, but finding the edges — the extremes that don’t work — gets there faster.
8 - Pretend to be someone else
Pretending to be someone else is liberating and energizing. It lets you lower your defences and relax. In their context, it’s the exact opposite of trying to write a song.
9 - Don't repeat the same idea
The director of the original movie really wanted the band to play a show in Tripoli, and the band routinely rejected the idea. They continued to reject it even though he brought it up DAILY. They eventually played a show atop the roof of Tower Records, and the rest is history.
10 - Lots of tea and toast
﻿Hydration and quick bursts of energy are always important. The mental changes of pace — thinking, listening, eating, bathroom break s— are often the moments where ideas emerge.

Just think. If Paul hadn't gone into pop music he could have been one of the great management consultants 😜https://t.co/CMgSL7DOIE

The Beatles: Get Back is currently streaming on Disney+!