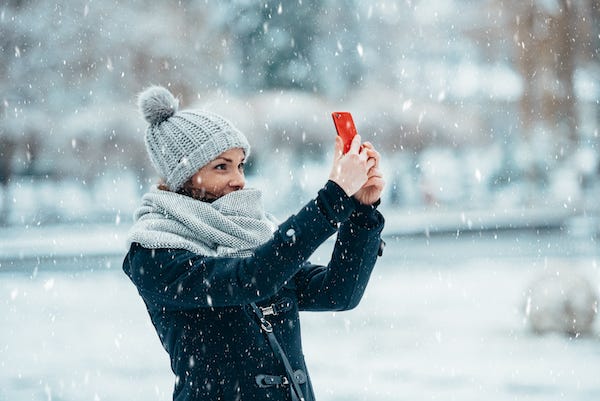 An Ottawa woman recently drove her car onto frozen lake which ultimately crashed through, causing her car to sink.

And of course, she thought that was the perfect opportunity to grab a picture for the 'Gram.

While amateur footage shows multiple neighbors rushing to help the stranded woman, she can be seen standing on top of her sinking car grabbing multiple selfies and pictures of her predicament.

She captured the moment with a selfie while people hurried and worried to help her. 🤦🏼‍♀️ pic.twitter.com/ML6zWlSa9m

Eventually they got a kayak out to the woman, who was reportedly smiling when she was brought to shore. Evidently, she told her rescuers, according to CTV News, that that "was really fun," and she would "totally do it again."

Glad everyone is safe - here is a video from our backyard as it went by pic.twitter.com/NI2nStMkvy

We don't think she's having too much fun now, however, as the woman is facing charges of dangerous operation of a motor vehicle which could result in the loss of her license.