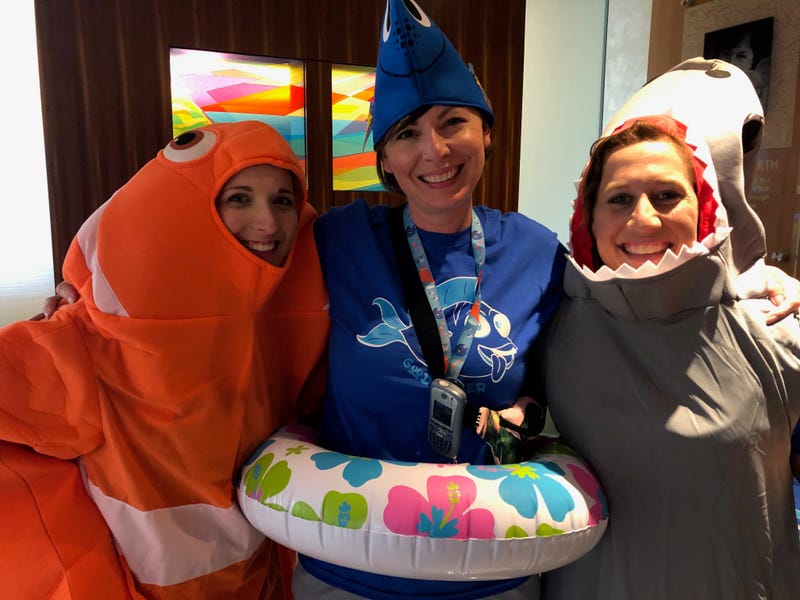 Kansas City, MO - Some patients at Children's Mercy Hospital have to miss out on summer camp, but for the last two years, summer camp has come to them. All week, there's art, and other camp like activities, that go with this years, "Under the Sea" theme. Trista Williams, volunteer program coordinator with the hospital says research shows that getting the kids up and moving, get's them out of the hospital sooner.

She says an organization called Good Cheer brought the idea to the hospital for the first time last year. She knew immediately it would be a game changer for the kids and their parents.

She says the one day the kids look forward to most is slime day on Thursday. The kids vote throughout the week for one staff member that they'd like to see publicly slimed. Williams says the smiles and laughter are good for everyone.