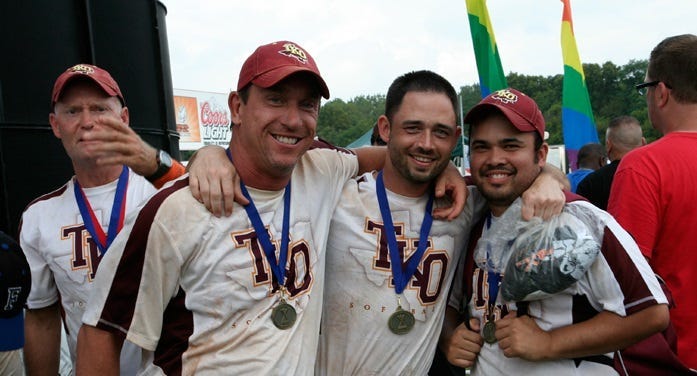 Kansas City, MO - Organizers of a big softball tournament in Kansas City this week want to deliver a message that can be summed up in one word, inclusion.

The Gay Softball World Series is presented by the National American Gay Amateur Athletic Alliance. The tournament will include 208 teams and is expected to attract more than 5,000 people. The following was not always so large, said Scott Switzer, executive director.

"Forty-three years ago, there were three cities that were originally involved in this, but each year it's grown," Switzer. "Each year they've moved from city to city to have this World Series, and now we're up to 48 member cities."

The NAGAAA has grown to more than 3,000 teams and 25,000 participants. The GSWS is the largest annual, LGBT, single-sport, week-long athletic competition in the world.

"This is really almost a family reunion of when these players come in and see each other," Switzer said. "Beyond all the play, which will have over 800 games throughout the week, we kind of plan a party for all these athletes."

The NAGAAA serves as an outlet for people who may have previously been turned away from sports to get involved and have fun, Switzer said.

Games will be played through Saturday, Sept. 7 at three sites: