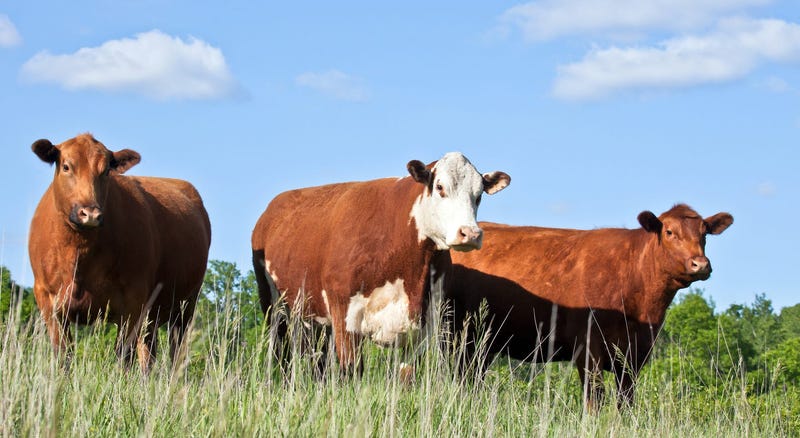 Kansas City, MO - It might read 'Product of USA' on that package of meat you buy at the grocery store, but the meat itself may not have originated here.

Mandatory country of origin labeling (mCOOL) was signed into law under the 2002 Farm Bill.  This required retailers to provide country-of-origin labeling for fresh beef, pork, and lamb.

Congress repealed it in December 2015 due to WTO rulings that prohibited labels based on country of origin on some products. The mCOOL regulations exist for all other covered commodities.

And American farmers and ranchers have had a problem with it ever since.

Dwight Harper raises Red Angus cattle on his farm in Tina, Missouri, north of Carrollton.  He says the beef packing companies take advantage of this lack of origin labeling.

“They’re able to buy our cattle cheaper, then they’re adding and mixing foreign meat into it," says Harper. "Then they’re able to label that meat as 'Made in America', because it’s in a USDA warehouse facility in the United States."

Harper says the lack of mCOOL labeling undercuts his ability to compete, and showcase that his meat product is, in fact, made in America.

A change.org petition has been started, calling on Missouri's governor and Congressional delegation to push to reinstate the mandatory country of origin labeling and provide more transparency.  At this writing it had collected more than 2,000 signatures.

Harper says mCOOL could create a fairer market not just for him, but for his farming neighbors and customers as well.