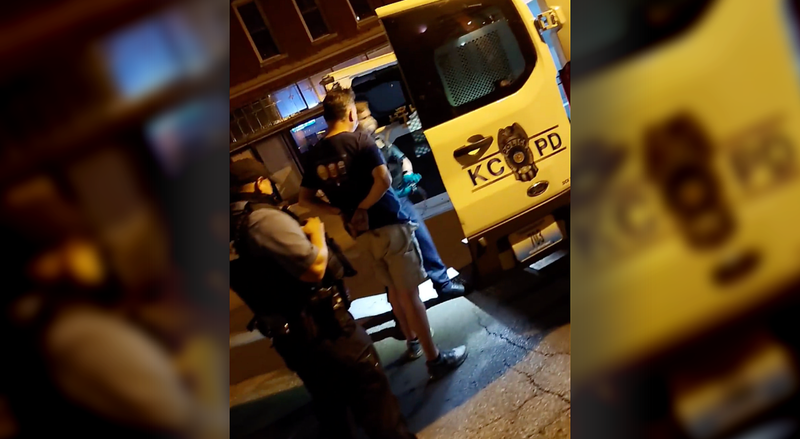 Kansas City, MO -  A man suspected of skipping out on multiple bar tabs around the KC Metro was arrested on Sunday at the Tower Tavern for 'drinking and dashing', according to KCPD.

Police say his name is Jeffrey McCart.  His arrest was captured on video outside Tower Tavern at 301 E. 31st Street:

Restaurants and bars around the KC Metro claim a man by the same name has been doing this at several places - running up a tab, buying drinks for others, and then running off without paying.

In June, Hurricane Allie's Bar & Grill in Merriam captured video images of a man they identified as McCart buying drinks and  then dashing off.

Earlier this summer, Fox4KC looked into a rash of 'drink and ditches' in the Metro, highlighting several unpaid tabs at drinking establishments ranging from $44 to $400:

A KCPD spokesman said that following the arrest Sunday, McCart was charged with misdemeanor theft, and released on a signature bond.