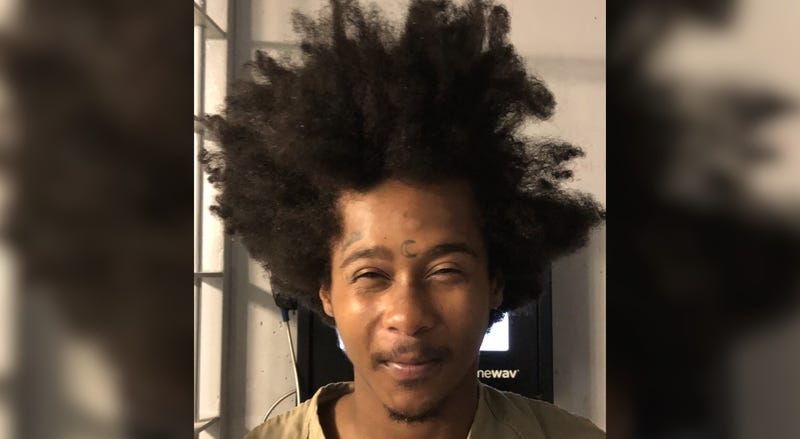 ST. LOUIS - The man who allegedly killed six people and shot a seventh in the St. Louis and Kansas City areas has pleaded non guilty to a federal gun charge on Tuesday. It's likely the least prominent charge he will face.

Perez Reed, 26, was charged on Nov. 6 of transporting a gun across state lines with the intent to commit a felony. He's accused of traveling with the gun between Kansas City, Kansas and the St. Louis area where he carried out multiple fatal shootings.

Via Zoom, Reed submitted his plea Tuesday morning to U.S. Magistrate Judge John Bodenhausen, according to the St. Louis Post-Dispatch.

He was arrested by an FBI task force on Nov. 5 in Independence, Missouri while he was traveling on a train from St. Louis. The FBI says the victims were killed in a manner consistent. His victims are mostly women involved in the sex industry or people in the transgender community. His victims include a 16-year-old who had recently run away from home.

Reed was found in possession of a .40 caliber handgun that matched shell casings at each of the shooting scenes.

He allegedly murdered two people and shot a third in the city of St. Louis, killed two others in St. Louis County and killed two more in Kansas City.

His bond in St. Louis County was set by the court at $2 million, cash only.

Here's a timeline of the shootings he's either charged or suspected in, according to police:
• The shootings started on Sept. 12 where a man was shot while waiting for a bus on Chambers Road.
• Sept. 13, he is accused of killing 16-year-old Marnay Hayes on Glen Owen Drive.
• Sept. 16, a person was shot on Adelaide. On that same date, a person was shot and killed on West Florissant, a half mile from the Adelaide shooting.
• Sept. 19, St. Louis Police responded to a Sudden Death call in the 1500 block of Mullanphy and found the deceased victim lying in a vacant lot. Investigators believe the killing happened before midnight the day before.
• Sept, 26, Ferguson Police responded to a shot spotter call and located another murder victim on Barbados Lane.
• Nov. 1, Kansas City Kansas Police find a murder victim in an apartment. The investigation revealed that on Oct. 28, Reed traveled from St. Louis to Kansas City via Amtrak. Police say surveillance video shows the victim and Reed enter the apartment building where the victim was found.
• Nov. 2, police find the body of a nude woman in the same Kansas City apartment where the first victim was killed. Apartment security personnel documented Reed's entrance with the victim on October 29th. Investigators say surveillance video shows Reed leaving her apartment. Additionally, documents show Reed communicated by phone with the victim 652 times between Oct. 5 - 29.