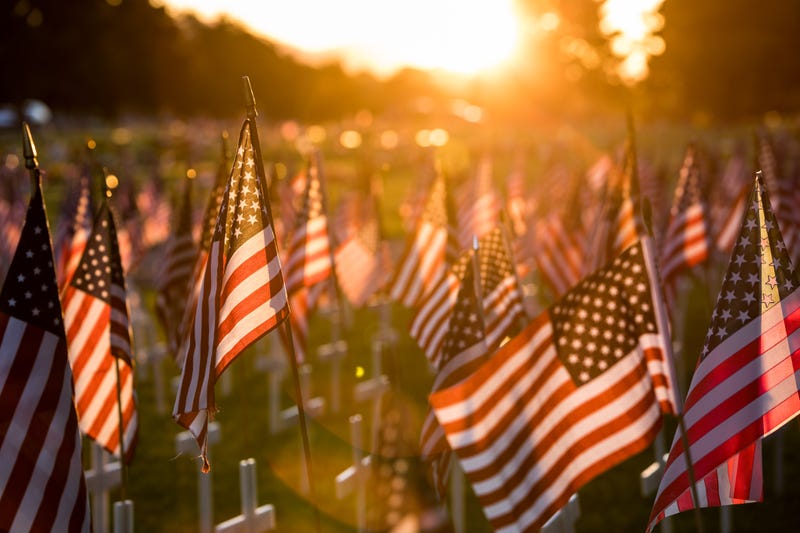 A study conducted by a nonprofit advocacy group has found that the Department of Veterans Affairs underreported the numbers of military veteran suicides in a few states.

The new report was completed by a national nonprofit organization, America's Warrior Partnership, which examined data reported by the VA in eight states from 2014 to 2018 and compiled it in the study.

The report concluded that the number of suicides among former service members was 1.37 times greater in those eight states. Compounded in a national rate, if the numbers match up, that would mean that 24 veterans a day die by suicide, not the 17.7 the VA had previously reported.

The president of America's Warrior Partnership, Jim Lorraine, a 22-year Air Force servicemember, shared just how heartbreaking the data is.

"It's devastating," Lorraine shared with NBC News. "I'm not only a veteran myself. My son serves, my son-in-law serves. My wife is a vet. I know a lot of veterans who have died from suicide."

The states examined in the report were Alabama, Florida, Maine, Massachusetts, Michigan, Minnesota, Montana, and Oregon. The number of veterans in each state is representative of 18% of all U.S. veterans.

In its report, America's Warrior Partnership shared that the eight states used were selected because they provided usable data, as most states were not allowed to release the data due to confidentiality restrictions.

Lorraine clarified with NBC News that the report is not meant to blame anyone but instead shine a light on the tragedy of suicide among service members. Researchers shared that the discrepancies discovered were most likely from human error and a deficiency in resources resulting in veteran deaths not being properly labeled.

"We're not pointing fingers at anyone," Lorraine said to NBC News. "We're just saying it's sobering to look at the numbers."

Terrence Hayes, the press secretary for the VA, shared in a statement that the agency's top clinical priority is to end veteran suicide.

"We take every step possible to make sure that our veteran suicide data is accurate, because the first step to solving this problem is understanding it," Hayes said in his statement.

The report not only found that veteran suicides were underreported, but it also broke down the risk factors for veterans. According to the data, veterans with less than three years of service were at the most significant risk of taking their own life.

The odds of committing suicide also increased when veterans received a demotion by 56%, according to the report. Members of the Coast Guard also had the highest odds of dying by suicide, followed by Marine Corps, Army, Navy, and Air Force service members.

The data in the report was corroborated by the Defense Department and State records, according to America's Warrior Partnership. The nonprofit also shared that the VA participated where it could, as it couldn't share identifiable data.

Suicide claims the lives of more than 45,000 Americans every year. Because of this, Lorraine said that the study "belongs to the nation." With better collaboration, prevention methods could better help stop the needless loss of lives.

"Together, we can do better," he said. "We can make a significant dent."