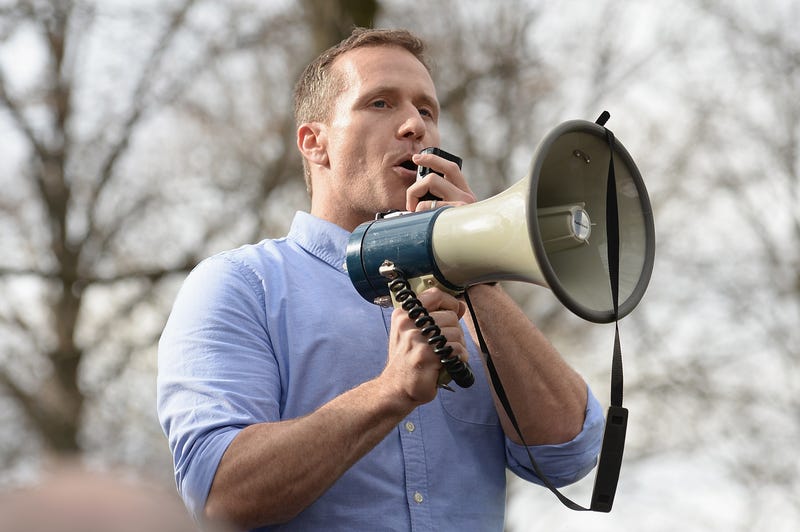 Kansas City, MO – A new campaign ad from Eric Greitens - in which he encourages hunting people based on their political ideologies, specifically republicans who don't toe the Trump/MAGA line - has received widespread condemnation from the left and the right, and in-between.

The former Missouri governor, who resigned amid a sex and political scandal and more recently was accused of domestic abuse, hopes to be the republican pick to run for US Senate in November.

Missouri's Senate Majority Leader Caleb Rowden (R-Boone Co) tweeted that they’ve been in contact with the Missouri Highway Patrol and hope Greitens finds the help he needs. Further saying, "anyone with multiple accusations of abuse toward women and children should probably steer clear of this rhetoric."

We have been in contact with the Missouri Highway Patrol and hope that former Gov Greitens finds the help he needs.

Anyone with multiple accusations of abuse toward women and children should probably steer clear of this rhetoric. #MOSen #MOLeg https://t.co/gpmbK508AE

In the ad, Greitens totes a tactical shotgun, and "breaches" a house with a military-style tactical unit to go "RINO hunting." RINO is a pejorative which stands for Republicans In Name Only, an insult typically levied at more moderate politicians who don't support what the name-caller feels is a 'conservative' position. It's also levied at those in the GOP who don't support Donald Trump.

We are sick and tired of the Republicans in Name Only surrendering to Joe Biden & the radical Left.

The Missouri Fraternal Order of Police denounced the ad saying, "the creation and release of the video demonstrates Greitens does not possess the sound judgment necessary to represent the people of Missouri."

The @MissouriFOP says it "denounces" @EricGreitens' new campaign ad about hunting RINOs.
"The creation and release of this video demonstrates that Mr. Greitens does not possess the sound judgement necessary to represent the people of Missouri." #MoSen #moleg pic.twitter.com/qxySRuxfL9

"It strikes me as the height of irresponsibility," said Romano. "It socializes people into a mindset that makes them amenable to recruitment into extremist organizations, which I think this could do."

Romano added that, while he's seen other campaign ads that appear to glorify armed citizens, this is "a step above" because it tries to identify "traitors."

An account that is unaffiliated with the Greitens campaign -- and now deleted -- shared the video and tagged republicans like Rowden and former Vice President Mike Pence, and stated: "We've got our permits and we're coming for you."

Facebook later removed the video “for violating our policies prohibiting violence and incitement.” Twitter left the video up saying it was "in the public's interest" for it to remain accessible, but included a disclaimer saying it violated rules about abusive behavior.

Eric Greitens’ new campaign video put a literal target on politicians in his own party. The rhetoric will energize extremists looking to terrorize his political opponents. I denounce Greitens and his mission to cause physical harm to Republican candidates.

Greitens resigned as Missouri's governor in 2018 after being accused of sexually assaulting a woman and blackmailing her, and as a scandal grew surrounding his political fundraising.

Recently, ex-wife Sheena Chestnut Greitens accused him of abuse of both her and their sons. She alleges that he hid a gun in their house, threatened to kill himself if she didn't publicly support him, and was physically abusive to their children, saying one of them came home from a weekend with him with bruises on his face. 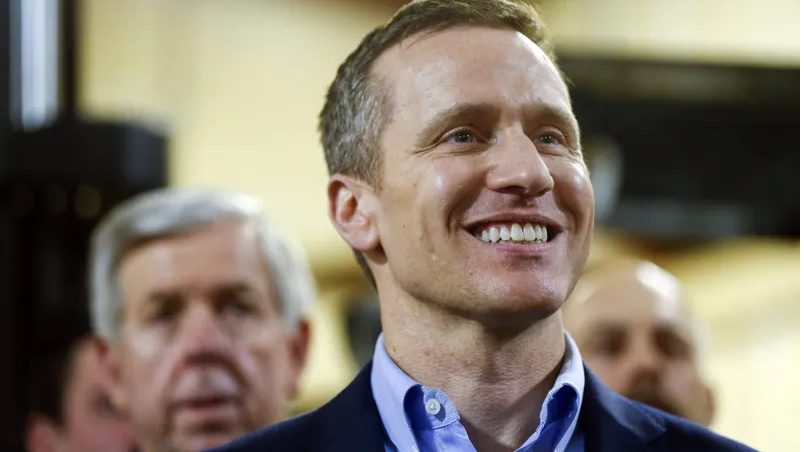 Rep. Hartzler responded to Greitens' ad, saying, "Eric Greitens is an abuser, a blackmailer, and less than ten years ago — a Democrat. There is no basement too low for him to cover up his past Obama support and blindfold Missourians into believing he represents their values. To be clear: The only RINO featured in Eric Greitens’ web video is himself.”