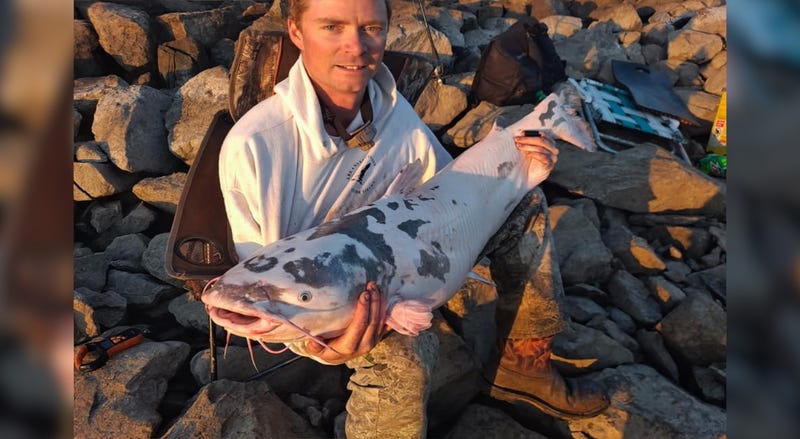 WEST ALTON, Mo. – It wasn't the biggest fish he's ever caught, but a St. Louis-area fisherman says the Piebald blue catfish he reeled in "means more" to him than catching a 100-pound fish.

Chad Hester says he was fishing on the Missouri banks of the Mississippi River in West Alton when he hooked the very rare 36-pound, 43-inch fish. A blue catfish is among the most common in the area, but a piebald blue is the "rarest" catfish, according to Lower Mississippi River Conservation Committee (LMRCC). They're identified as a mostly white catfish with prominent black and/or gray blotches.

In a 2014 report, LMRCC stated that in 17 years of collecting tens of thousands of catfish, they have only caught two piebald blues. They're easily spotted by predators because of their white scales, which is why catching them is so rare.

Hester said he was using cut Asian carp as his bait.

"This means more to me than ever landing a triple digit bluecat. Swam off good and even gave us a show before he swam off. Absolutely gorgeous fish. I will never forget that moment," he stated.

He says it was released back into the river within minutes after getting a few photos and hopes another angler can enjoy reeling it in one day. 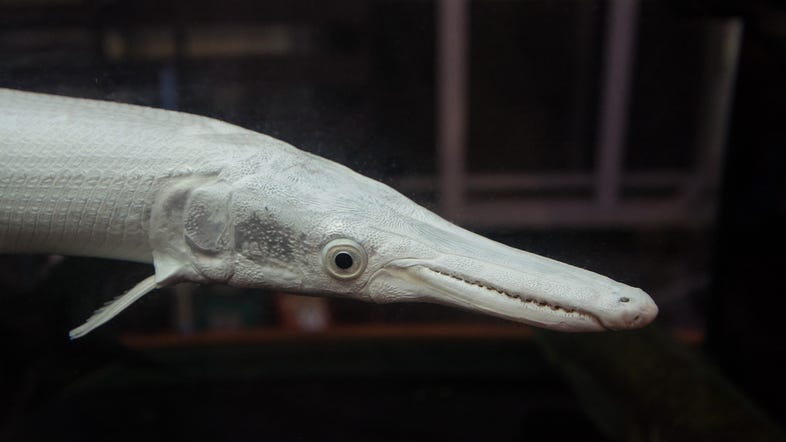