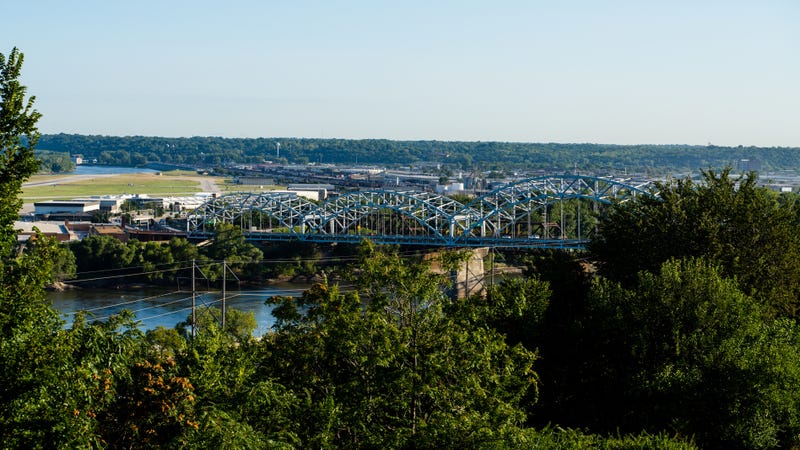 Kansas City, MO – Archeologists at the site of the Buck O'Neil Bridge replacement project have found some unique items they believe date back to the early history of Kansas City.

The bridge over the Missouri River, formerly known as the Broadway Bridge, is a major link between downtown Kansas City and the KC Northland. The bridge is being replaced entirely at a cost of $220 million and is set to open in 2024.

Before everything is dug up, broken down and demolished to make way for the new bridge, MoDOT has brought in archeologists to sift through what may have been there before. And they did find something.

Right around what's now 5th and Washington, they believe they've found the foundation remains of a hotel or boarding house dating back to the 1800s. The history sleuths dug up a privy, an outhouse, and discovered quite a number of items.

“They believe early settlers, once they were done with a certain item or a product, or a material, they would throw it in the privy," said Mark Johnson with MoDOT.

Among the artifacts, diggers found an old soap dish, a hair comb, numerous medicine bottles. Throwaway items of a bygone era. Items that give a glimpse into the personal lives of those who were here at the beginning of the city.

FASCINATING finds unearthed in KC while working on the Buck O'Neil Bridge!! Did you see @DaishaJonesKSHB's story this morning? https://t.co/T5JCmJVcZH

All the items will be numbered and cataloged and may find their way to a museum.

Just around the corner, archeologists discovered what they believe to be the fragmented red brick floor of a former fireworks factory. Johnson says that archeologists found indicators leading them to believe the factory had burned down.