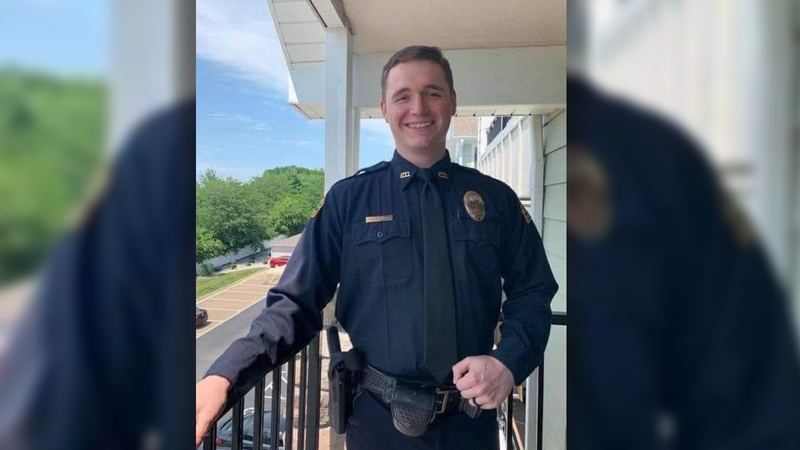 Kansas City, MO – A new Independence police officer shot while on duty Wednesday morning later died from his wounds, according to the Independence Police Department.

Officer Blaize Madrid-Evans, 22, had been on the job for just a few weeks after having graduated from the Kansas City Regional Police Academy in July.

The Missouri State Highway Patrol was called in to investigate, as is standard practice with an officer-involved shooting. Patrol Sgt. Andy Bell said the officers had gone to a home Wednesday morning around 11:30 in the 2400 block of Northern Boulevard on a tip of a possible wanted person.

Bell said as Madrid-Evans and the other officer arrived, a man opened fire on them. Madrid-Evans was struck. The second officer returned fire, hitting the suspect, who died at the scene. Police identified him as Cody L. Harrison, 33, of Gladstone.

Madrid-Evans was rushed to a hospital in critical condition, and did not survive his wounds. The other Independence officer was not hurt.

Independence Mayor Eileen Weir released a statement after the shooting:

"Every day the officers of the Independence Police Department put their lives on the line to protect the citizens of our community. We are ever hopeful that their daily interactions with the public will be peaceful so that they might return home to their families safely at the end of their shift. Today, that was not the case. At this time, our thoughts are with the officer, their family and the Independence Police Department. We know our citizens are already rallying behind the department and looking for ways to support them, but we encourage you to wait for further information.

"To all of our officers and first responders, please know that we support you and honor the sacrifice you make to keep our community safe. Thank you for your service."