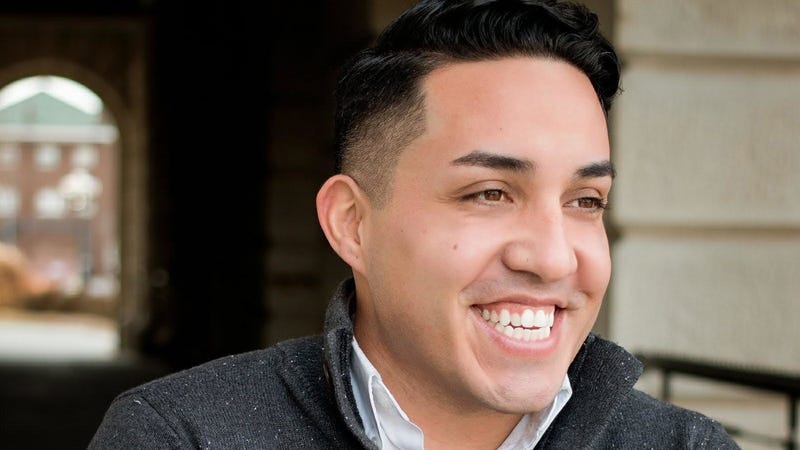 Kansas City – Huascar Medina, the Poet Laureate of Kansas since 2019, has been nominated to serve on the National Council on the Arts by President Joe Biden.

“On behalf of the State of Kansas, I’m pleased to congratulate Huascar Medina on this tremendous honor,” Governor Laura Kelly said. “Creativity and freedom of expression are what makes us Kansans. I look forward to seeing Medina’s future creative contributions in Kansas and in the Midwest.”

Congratulations to Kansas Poet Laureate Huascar Medina on his nomination to the National Council on the Arts! @POTUS recently announced that Medina would be nominated to advise @NEAArtsChair on policies, programs, grants and more. https://t.co/az8H8qLD7A

Huascar Medina grew up a quiet kid in Puerto Rico, in Texas, and many other places as the son of an Army drill sergeant, rarely living in one place more than three years.

He says he always had his nose in a book, falling in love with poetry, finding inspiration from the works of turn-of-the-century African American poet Paul Laurence Dunbar and contemporary New Mexico writer Jimmy Santiago Baca.

"It offered a mirror in some of the words I was reading from other poets, so those voices became my friends," says Medina. "They became my teachers, my mentors, my confidantes."

Medina began writing his own verse at a young age, but was reluctant to share, saying "my family knew I wrote poetry. My close friends knew I wrote poetry, but it was never in a public sphere. It was always private conversations."

As an adult, Medina moved to Topeka, Kansas, where he met and befriended a diverse group of artistic people. He began sharing his poetry at open mic nights at a bar, and the experience changed him.

His most recent collection of works is named "Un Mango Grows in Kansas".
Medina says he was inspired by the fact that tropical mangoes don't grow and ripen in Kansas, but he has. Medina describes himself at this moment in his life as "ready to be consumed, open, now vulnerable, now ready to share."

Medina has found inspiration in Kansas, closing his poem "Per aspera ad astra" with this:

I’ve always felt that
late at night, in the bed of a truck,
in a Kansas field; we were
at the center of this universe.
﻿...and I was exactly where I should be,
amongst the flowers; not below.