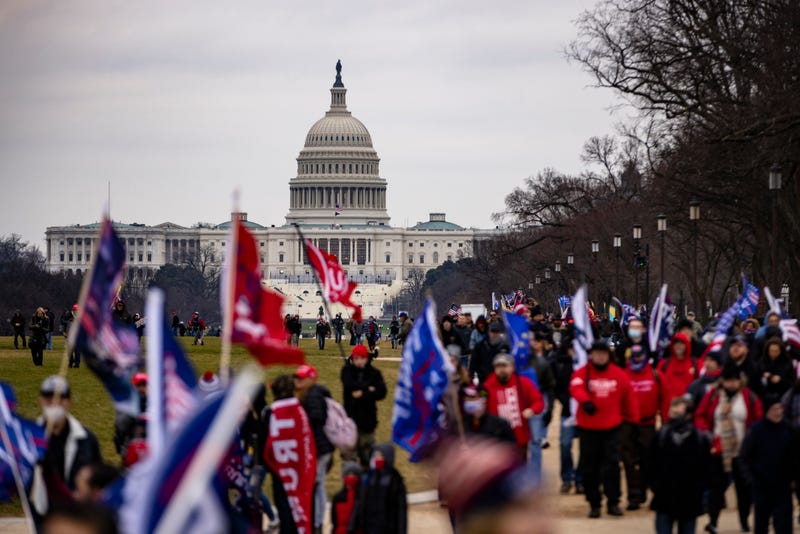 KANSAS CITY – Another Missouri man has been arrested, accused of taking a gun to Washington D.C. and onto the grounds of the U.S. Capitol on January 6, 2021.

36-year-old Jerod Bargar of Centralia is charged with entering and remaining in a restricted building with a deadly weapon and unlawful possession of a firearm on Capitol grounds.

Prosecutors said Bargar brought a 9 millimeter semi-automatic pistol across state lines and had it on him during the rally at the Ellipse and took it to the Capitol.

It was found outside the Capitol in a holster with an American flag and the words 'We the people' written on it. It had one cartridge in the chamber and about 15 more in the magazine.