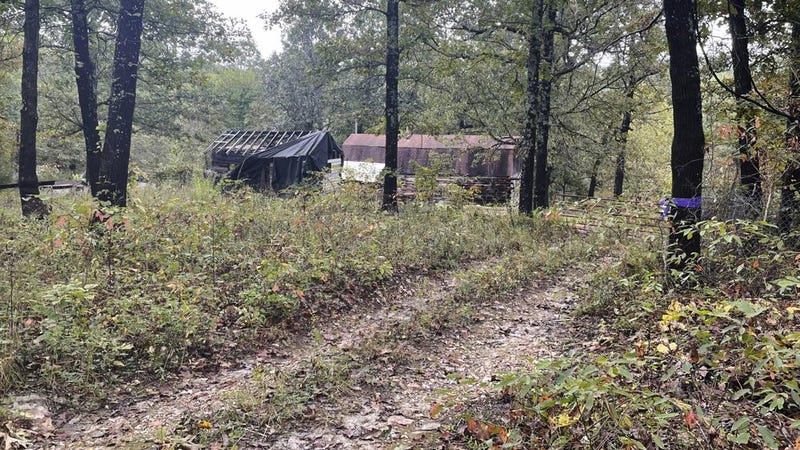 Lebanon, MO – A missing woman. A photo of her locked in a cage. Two men arrested. A house burns to the ground. It’s a true crime drama unfolding in the Ozarks region of Missouri.

James Phelps, 58 and Timothy Norton, 56, have been in jail since mid-September on a kidnapping charge in the disappearance of Cassidy Rainwater. Court documents says there's photo evidence of 33-year-old Cassidy Rainwater being held in a cage, almost nude, on Phelp's property in Lebanon. She has been missing since late July.

On Monday, that property was a total loss due to a fire. The Springfield Fire Department's bomb squad investigated a possible trip wire and detonated an explosive device near the area of the fire, the Springfield News-Leader reports. The cause of the fire is still under investigation.

Phelps told police in August that Rainwater had been staying on his property while she "got back on her feet." But he said she left in the middle of the night, possibly to go to Colorado.

Dallas County Sheriff’s Office deputies interviewed Phelps after a missing person’s report was filed in August because he was believed to be the last known person to have contact with her.

Norton and Phelps were subsequently arrested.