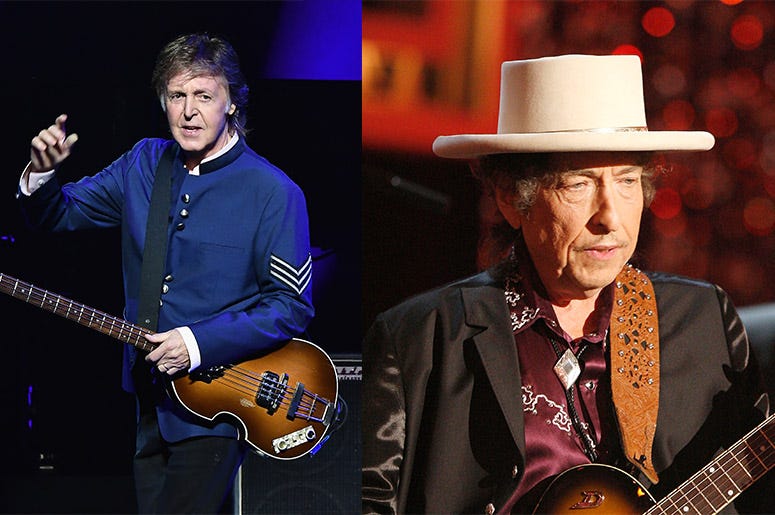 Paul McCartney might be the envy of songwriters worldwide, but the former Beatle directs his admiration towards fellow legendary rocker, Bob Dylan.

During a recent interview with Uncut magazine, the “Say Say Say” singer spoke highly of Dylan’s cool and removed nature. “I always like what he [Dylan] does… Sometimes I wish I was a bit more like Bob. He’s legendary… and doesn’t give a s***!” McCartney told the publication. But his praise for Bob goes beyond just a flippant disposition. Paul also glowed about the artist’s new music.

“His new album? I thought it was really good. He writes really well. I love his singing – he came through the standards albums like a total crooner. But, yeah, I like his new stuff.” He told Uncut that “Bob Dylan and Neil Young” make his personal fan list.

Out this week, the new issue of @uncutmagazine features Paul on the cover talking about #McCartneyIII, with photography by @maryamccartney. Order a copy here for home delivery: https://t.co/N5N5O39UTM pic.twitter.com/S7bJwaYpx9