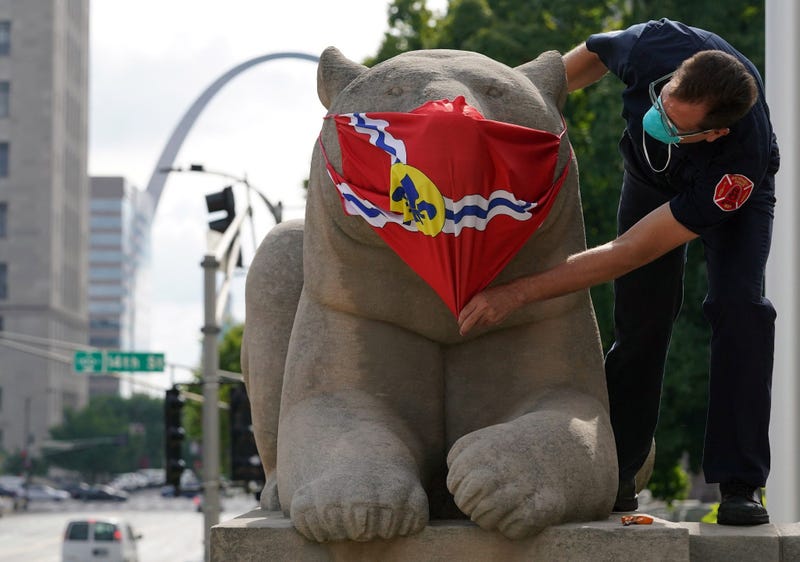 ST. LOUIS (AP) — Leading St. Louis-area doctors are warning residents to brace for at least another year of living with the coronavirus.

The region, covering portions of both Missouri and Illinois, has surpassed 1,500 COVID-19 deaths and more than 54,000 confirmed cases since the first positive test in March. St. Louis Public Radio reports that while doctors say they’ve become better at treating the virus and preventing its spread, life won’t likely return to a pre-pandemic “normal” until late 2021 at the earliest, echoing comments made last week by Dr. Anthony Fauci, director of the National Institute for Allergy and Infectious Diseases.

Dr. Alex Garza, who leads the St. Louis Metropolitan Pandemic Task Force, said the real question is: What will it take to declare the pandemic over?

“Is it when we’ve gotten through a large public vaccination program?” he asked. “Maybe. By the time that production and shipping and getting shots in arms will take us through a significant part of 2021.”

Still, Garza noted that despite the persistent number of confirmed cases, the region is in a “better position” now than early on in the pandemic because more is understood about slowing the spread.

“We understand more about how it’s transmitted, how to protect ourselves, how to mitigate risk, and then what populations are most at risk,” Garza said.

Garza noted that the percentage of sick people who die is lower than in early spring. Early in the pandemic, outbreaks were happening in nursing homes, meat plants and other crowded spaces.

Steps such as requiring masks in those places, restricting visitors and increased testing have helped, Garza said.

But concerns remain, especially with cooler weather just around the corner, meaning more people will be indoors, where the virus spreads more easily.

“I think that’s going to be challenging,” Shacham said.

While St. Louis and St. Louis County have put in place mask ordinances and other restrictions such as limits on youth sports, surrounding counties have not. Universal policies, instead of patchwork ordinances, would better prevent the spread, Shacham said.

Coronavirus cases are increasing rapidly in southeast Missouri. Cape Girardeau County reported a combined 99 cases over the three-day period Saturday through Monday, the Southeast Missourian reported. The county has seen 1,291 confirmed cases and 15 deaths since the pandemic began.

“The majority of our confirmed cases are in the 20-29-year-old age group,” the county’s emergency management director, Mark Winkler, told the County Commission Monday. “And the most hospitalizations are in the 70-79-year-old group.”

“At this point we are experiencing multiple COVID-19 cases at a number of long-term care facilities throughout the county,” according to a statement on the Stoddard County Public Health Center’s Facebook page.