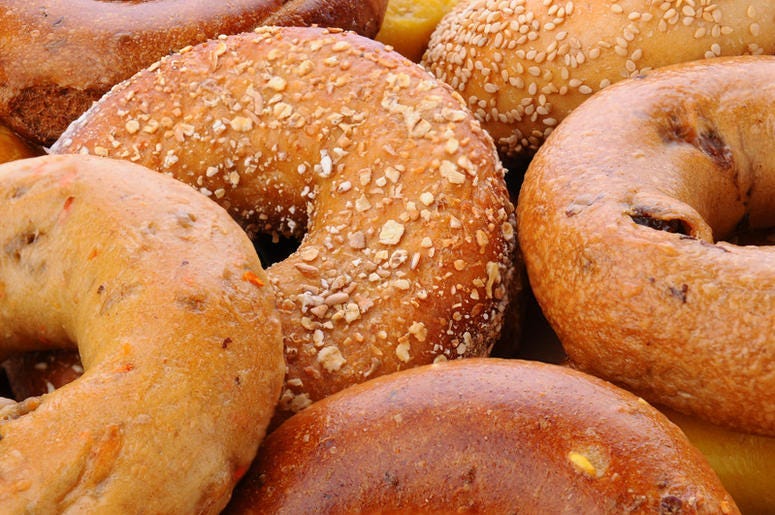 Today I introduced my coworkers to the St Louis secret of ordering bagels bread sliced. It was a hit! pic.twitter.com/XNGbljtpYz

As an avid defender of St. Louis but a resident of NYC...this is horrible where is your respect for the bagels!? https://t.co/juPOzPBuZy

But while some Skillet staffers thought this method "allows for smaller, easy-to-consume portions that will toast quickly and are more shareable," most people - especially New Yorkers - hated it.

"I believe this is a Class A felony in NYC," tweeted Justin Brannan, while Erin Cline added, "Can honestly say this is the most angry bagels have ever made me."

For anyone who's ever had their bagels "bread sliced" at St. Louis Bread Co. restaurant, this isn't anything new. But judging by the reaction on social media, there's many people who've never seen it before.

Here are some other reactions:

We regret to inform you that St. Louis is cancelled. https://t.co/XSlhL1sN2G

Can confirm. No one has ever eaten an entire cinnamon crunch bagel from St. Louis Bread Company (or "Panera" for you other folk). It must be bread-sliced and shared. Justice for bread-sliced chocolate chip bagels, too. I stand by this tweet. https://t.co/k4BOrmlch2

get your bagels bread sliced at panera so you can dip it in the cream cheese while you’re in the car pic.twitter.com/NfFgVskRhT

Our team is divided over here. Do other people slice their bagel Bread Co style? https://t.co/NbdZjj6G6C

sports
Former Red Sox star Andrew Benintendi looks lost in Kansas City
music
2021 ACM Awards: Lauren Alaina is COVID free, and about to be a movie star
music
Prince Harry won’t walk next to Prince William at Prince Philip’s funeral
music
Everything you need to know about the 2021 ACM Awards
music
Paul McCartney reveals The Beatles got high for the first time with Bob Dylan
music
A John Bonham biography is coming with help from Dave Grohl