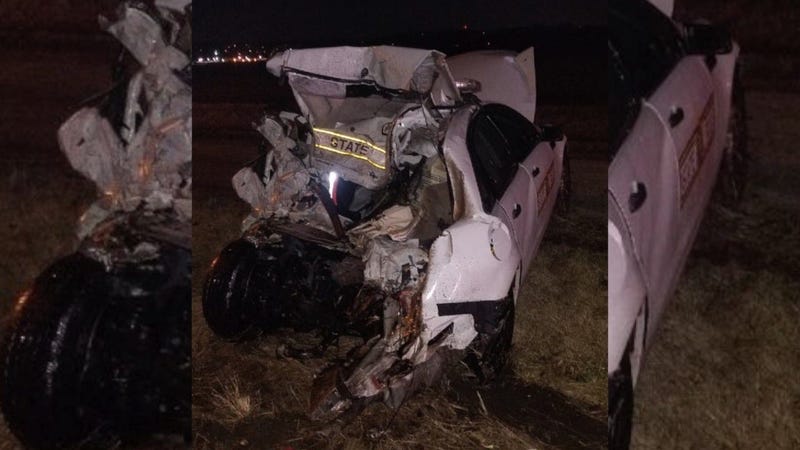 COLLINSVILLE, Ill. (KMOX) - An Illinois State Police trooper at the scene of a crash in the Metro East was struck by a semi-truck, last Wednesday night.

ISP spokesman Josh Korando explains, the crash happened at about 10:30 p.m. on northbound Interstate 55 near the Black Lane exit.

Korando tells KMOX the trooper went to divert traffic while working the scene of a previous accident, when a semi hit both him and his vehicle.

"The trooper was on foot, outside his marked squad car with his lights activated when both he and his squad car were struck by a passing truck-tractor, semi-trailer combination," Korando says.

ISP says the driver was in violation of the Move Over Law also known as Scott's Law, which mandates drivers to proceed with caution, change lanes if possible and reduce speed when approaching any police or other emergency vehicle stopped along the roadway.

The trooper was transported to a local hospital with serious injuries. Northbound I-55 had been shutdown west of I-255 for a few hours after the accident.

13.That’s the number of ISP Troopers that have been struck, one fatally, while working incidents with their emergency lights activated since January 1, 2019.MOVE OVER AND SLOW DOWN— IllinoisStatePolice (@ILStatePolice) March 19, 2019