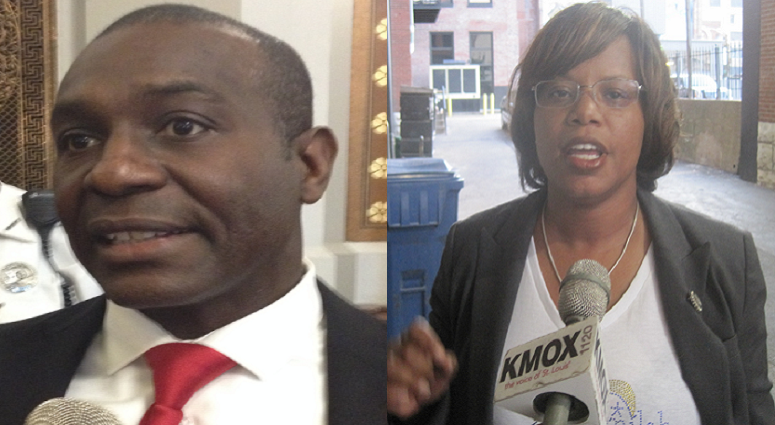 Incumbent Lewis Reed wants Jamilah Nasheed removed from the March 5th ballot because he claims she is not using her legal name.

According to the Election Board, a suit would have to be filed to challenge the name.

A member of Nasheed's campaign team recently filed a complaint against Reed, saying he was delinquent on his property taxes. He paid them shortly after the complaint.

The two are competing for the St. Louis Board of Aldermen President seat this year, along with Democratic Alderman Megan Green. Reed is the incumbent President.

Earlier this year, at a debate at Harris-Stowe University, the two traded barbs against one another and called each other names like "Lying Lewis" and "Double Agent Nasheed."