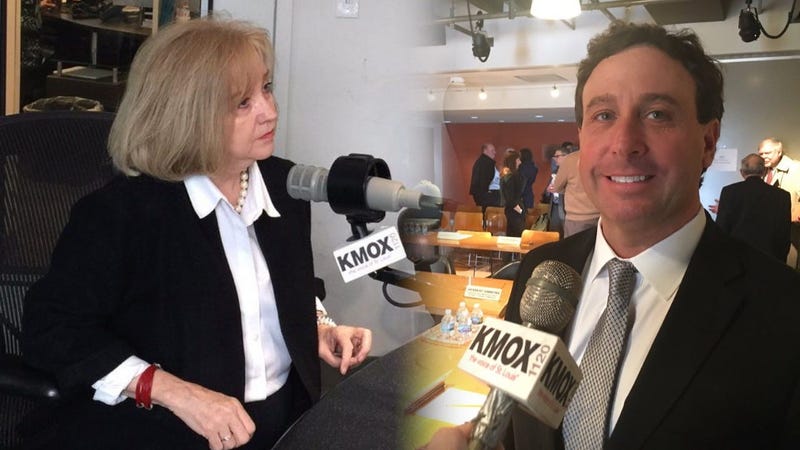 ST. LOUIS (KMOX) - St. Louis Mayor Lyda Krewson says it's her job to work with the St. Louis County Executive, no matter who that is.

"I'm going to continue to work with the county on every issue that we can," she told reporters.

She's not privy to details of the investigation or what documents the federal governemnt is looking for, but she says they're likely not seeking anything Better Together related, so the two issues should stay separate.

"What I do know is that the fragmentation we have here in our region, with 88 municipalities, 55 fire departments, 78 municipal courts, is not working well for all of our people," Krewson said.

Krewson, whose administration works closely with Stenger's on a number of issues, says she's unaware of anyone in her office who's been contacted by federal authorities.

Krewson's comments came during somewhat of a freewheeling news conference where she addressed more than a dozen topics. Among some of them:

- She praised St. Louis Firefighters for their work in saving the vast majority of artifacts housed in the Karpeles Manuscript Library Museum Tuesday."Eighty firefighters and many other support folks there ... and ... through professional skill and maybe a little good luck got all the artifacts out, which is pretty stunning to most of us."

She thanked the St. Louis Fire Department plus the departments that provided mutual aid.

- Krewson is promoting the new #STLmade initiative launched last week to "remind us of the many assets that we have here in St. Louis, both in our people, our businesses and our culture."

- The city is undertaking a couple of bridge repairs – Jamieson at Arsenal will be under construction starting early next week for about a month. The big one, the Compton Avenue Bridge, has been undergoing a $400,000 repair project for the past couple of weeks. Curbs are being replaced and within the next week, the city is putting down a membrane and a thin layer of asphalt – being careful not to put too much weight on the deteriorating structure. Krewson thinks it'll be closed for about a week once the repair gets underway. The city will need to replace the bridge entirely within the next three to five years.

- Krewson isn't too concerned about Mississippi River flooding. Eleven of the city's 24 flood gates are closed, expecting a crest of 34.9-feet.

- The city program that lets people buy vacant homes for one dollar, known as the "Dollar House Program" is up and running - Krewson says the LRA approved the first six sales this week. There are 494 more available. Those interested have to fix up the homes they buy within 18 months and commit to live in the home for three years.

- The city still needs seasonal workers to maintain parks. Krewson says the grass is growing and they need people who can start right away. The city pays $13 an hour and overtime is likely.