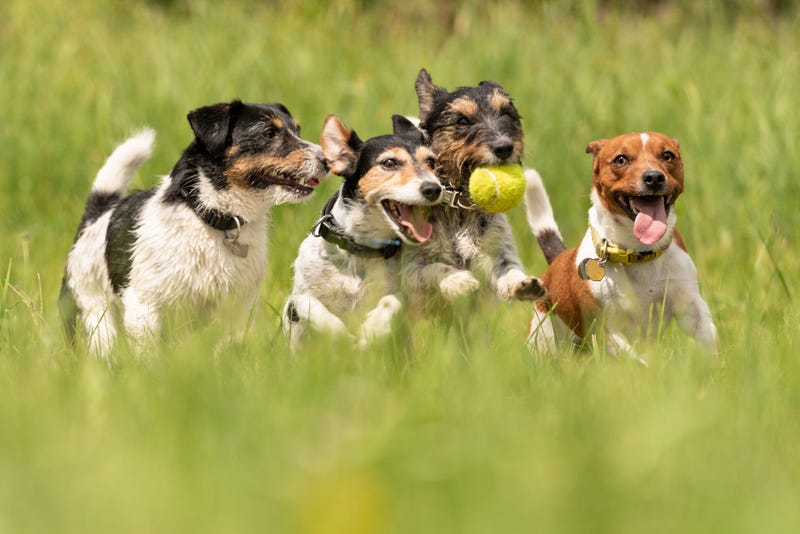 SEDALIA, Mo. (AP) — Area shelter dogs are being given the opportunity for interaction and socialization thanks to a local nonprofit organization, Be A Good Dog University.

BAGDU is the brainchild of Trina Grubaugh, of Green Ridge, and Gwen Lau. The women began the organization in 2004 as basic canine obedience and American Kennel Club Canine Good Citizen training. The organization went dormant for a time but since has grown and now has around 20 volunteers.

"Our services have always been open to shelters and rescues for ree," Grubaugh said. "As we discussed different ways of breathing life and evolving, it came around to doing what we are doing now.

"And, we realized our passion has always been with the shelters," she continued. "So, why not make it all about the shelters. That's when the idea rolled around, instead of training people to train their dogs for money, we train people to train shelter dogs to save lives."

Grubaugh said the organization is quickly becoming a statewide entity reaching out to shelters not only in Sedalia but in Stover, Windsor, Springfield, Eldon and Versailles.

"I have interest in Topeka, Kansas, but we're not quite ready to reach out that far," she told The Sedalia Democrat. "We are seeking 501(c)3 and we are establishing ourselves as separate entities from the shelters . We are all visiting the shelters as often as we can, but our numbers are still growing."

The members work at the shelters and they also take the dogs out of the shelters for day-trips to doggy parks or even on leash-led trips to area businesses. Each outing is aimed at socializing the canine, preparing it for adoption.

"For example, I will take the dog in my personal vehicle and I take the dogs to Tractor Supply and they are very welcoming to our animals," Risa Gillaspie, a BAGDU canine trainer, said. "We introduce the dogs as a shelter dog that we are training to go into a home for adoption."

Gillaspie said the idea is to have the dog adopted by families who know it has been socialized and trained for a family environment. This prevents dogs from being returned to shelters due to undesirable behavior.

"He's so much dog, but so much fun," she said as she threw a ball for the muscular dog to retrieve.

Brown said she planned to spend around 15 minutes with each dog giving them attention and allowing time for play. She noted some dogs can develop "kennel psychosis," although none at the Sedalia Shelter showed signs of the ailment.

Due to being kept in kennels, dogs at shelters often feed off the excitement of other canines, creating the manic jumping and barking sometimes observed. Brown said keeping them calm is what she strives for while at a shelter.

"I like to work on preventing a problem," she noted. "They sense my calmness, my empathy."

She added she loves helping dogs that have depression and PTSD and they, in turn, lift her spirits.

"It soothes my soul," Brown said. "I want to get up and spend time with the dogs, it's my therapy. The dogs sense that I'm sincere."

Information from: The Sedalia Democrat, http://www.sedaliademocrat.com