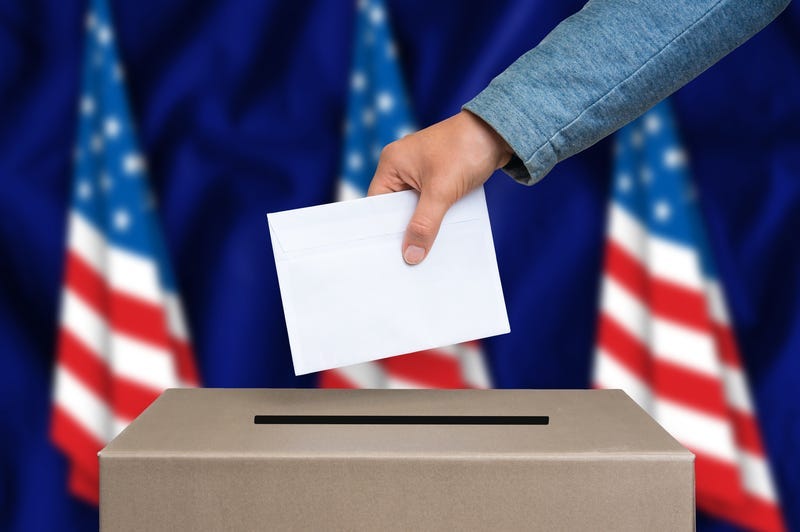 (KMOX)-Encouraging mail-in or early voting, instructing election judges to use cleaners and trying to make sure nursing home residents can vote. Those are some of the issues county clerks around Illinois are dealing with as Tuesday's primary election approaches.

Yesterday, Governor J.B. Prizker cited the coronavirus in urging voters to cast their ballots by mail. Thursday is the deadline to apply for a mail-in ballot, which in most counties can be done online.

If  you don't want to vote by mail, but want to avoid crowds at the polling place, county clerks are encouraging you to take advantage of early voting. "There's no line," says Monroe County Clerk Jonathan McLean. "We've had a pretty steady stream of people coming into the courthouse to vote early."

McLean says they have hand sanitizer at the courthouse, but he cautions against using it before casting your ballot. "Hand sanitizer has an alcohol in it. That alcohol could damage the ballot and cause it not to be accepted by the optical scanner."  Not all counties use the same system, so that may not be the case at your polling place.

Concerns about the virus in assisted living facilities have prompted Madison County Clerk Debra Ming-Mendoza to move polling places from Methodist Village in Godfrey and Meridian Village in Glen Carbon. As for the residents, Ming-Mendoza says the county will start voting in nursing homes Friday and Saturday. She says if the home has decided to lock down, she will send Democratic and Republican election judges to the facility. "We will hand off the ballots to the administrator. The administrator will assist the residents in voting. They will sign an affidavit. The administrator and the voter will vote the ballot. They will seal it in a secure envelope and return to my judges who will be waiting outside the door."

McLean says there are no polling places in nursing homes in his county, but one facility is likely to go on lockdown today. He's waiting for a court ruling on a case out of Chicago to determine how he will make sure residents of Oak Hill Nursing Home will be able to cast ballots.

For those who do go to the polls Tuesday, Ming-Mendoza says she has given poll workers special instructions. "We wash our hands as muliptle times as possible without interfering voting. Use the hand sanitizer as often as they feel necessary and use those wipes. And, do not shake hands or hug people."