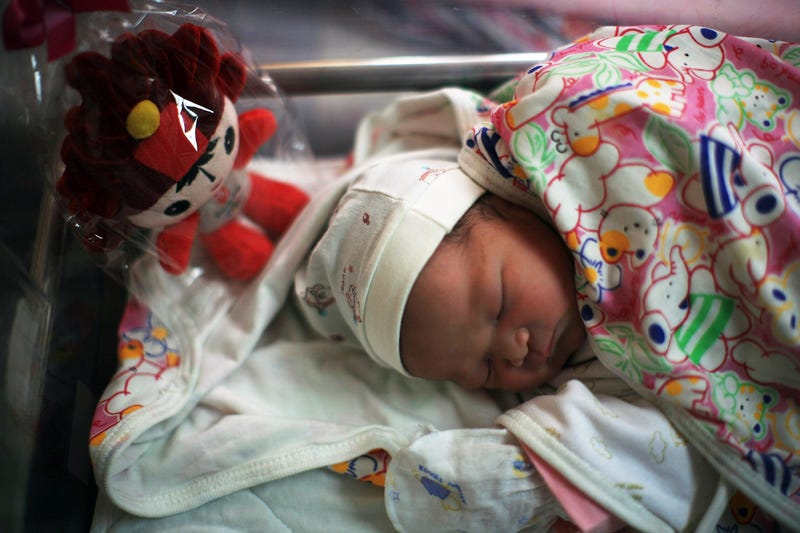 ST. LOUIS (KMOX) - The makers of Tylenol have agreed to a 6.3 million dollar settlement -- as part of a class-action lawsuit regarding one of its products.

This is all about the packaging and advertising of Infants' Tylenol.

The lawsuit claimed the packaging tricked parents into believing that Infants Tylenol was specially formulated for infants, when in fact, there really is no difference between Infants Tylenol and Children's Tylenol.

"Nope, not at all," said  SLU Care pediatrician Dr. Ken Haller at SSM Health Cardinal Glennon Children's Hospital.  "It's just different packaging and a different measuring device inside the package.  For the infant version, they put in a syringe -- whereas for the children's version, they put in a small cup.  They're really the same thing in terms of measurement.  The amount you would give a child with the syringe would be the same as you would give them in a cup for a child of the same weight.  If you have an infant and you have Children's Tylenol at home, you can give them that  -- just make sure it is based on your child's weight."

The Infants Tylenol often cost more than the Children's Tylenol.

Johnson and Johnson -- Tylenol's parent company -- denied that it was trying to deceive anyone and believes that the two medications are distinct products -- but agreed to the settlement anyway.

"I think the issue for some people is that even though it is the same product, it was in two different types of packages," said Dr. Haller.  "So if you had a nine-month-old and a three-year-old, you would think you'd have to buy both Infants and Children's Tylenol in order to have everything you need to take care or your children if they have a fever or pain.  When in reality, it's the same product and it didn't matter which one you used as long as you gave the correct dosage based on weight."

What are the weight suggestions?

So how do you know when to give your infant or child a dose of Tylenol?

"We don't really consider a child to have a fever unless their temperature is 100.4 degrees or above," said Dr. Haller.  "If their temperature is below that, Tylenol is really not going to make any difference in terms of fever.  Tylenol can also be used if a child is having pain.  For young children or for infants, that can be teething pain.  For older children it can be any number of things.  But you can give a child Tylenol for pain or fever.  The dosing is the same and it is based on their weight.  Again, five milligrams per pound of weight -- or about 10 milligrams per kilogram of weight."​

If you don't want to use Tylenol, Dr. Haller says there are other options.

"If children are six months of age or older -- for pain or fever -- they can also take ibuprofen -- with the trade names Advil or Motrin," said Dr. Haller.  "That's about 10 milligrams per kilogram of weight as well.  The difference with Advil and Motrin is that it is given once every six to eight hours -- whereas Tylenol can be given up to every four hours.  However, in both cases, you don't want to give it around the clock.  So if you're giving a child Tylenol, you don't want to exceed five doses in 24 hours.  If you're giving your child Advil or Motrin, you don't want to give them more than three doses in 24 hours."

The lawsuit says if you bought Infants Tylenol anytime between October 3, 2014 and January 6, 2020 you can get some of your money back -- about $2.15 for every one and 2 fluid ounce bottle of the product that you purchased.  A maximum of seven bottles or about 15 dollars may be claimed without proof of purchase.

You must submit a claim form by April 13, 2020. You can visit the settlement website here.