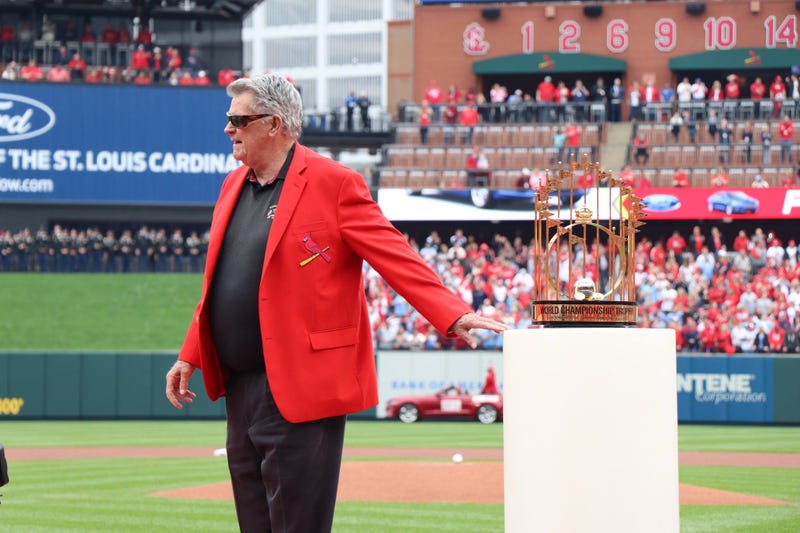 SAN DIEGO (KMOX) - Mike Shannon, the voice of the St. Louis Cardinals for the last 48-years, will have to wait at least another three years before getting another shot at the Hall of Fame.

He was one of eight finalists for the 2020 Ford C. Frick Award, which was given to 42-year MLB broadcaster and former player Ken "Hawk" Harrelson. Harrelson will be inducted into the National Baseball Hall of Fame next summer.

The announcement came Wednesday afternoon at the MLB Winter Meetings in San Diego.

Shannon would have been the fifth KMOX broadcaster to receive the award and joined former Cardinals announcers Joe Garagiola, Harry Caray and Jack Buck. The other former KMOX voice who is also a Frick Award winner is Bob Costas.

Shannon's 48 years of broadcasting – all with the Cardinals – was the most of any of the finalists.

Related: 15 Mike Shannon moments to explain why he deserves to be a Hall of Famer

The Ford C. Frick Award is resented annually to someone for excellence in baseball broadcasting by the National Baseball Hall of Fame and Museum. The Frick Award election cycle rotates annually with three different categories for election: Current Major League Markets (team-specific announcers); National Voices (broadcasters whose contributions were realized on a national level); and Broadcasting Beginnings (early team voices and pioneers of baseball broadcasting).

Shannon is eligible under the Current Major League Markets category, which will be up for a vote again in 2023.

From Albert Pujols blasts, to Bob Forsch no hitters and cracking jokes about opposing players, here are some of the best moments of Mike Shannon's KMOX career: